Alexander McQueen shoes spring summer 2017 at Paris fashion week are edgy grungy with studs and metal plates all over, contrasting the soft tenderness of lace dresses, telling a story of life at dramatic landscapes of Shetland, far north of mainland Scotland, where the designer found the inspiration for spring 2017 collection.

Take the toughness of the nature and live fearlessly. Is it the message coming in with these boots on the runway? maybe, at least for the attitude of it.

Made of rough leather, the combat boots were metal capped toed with rivets studded on the rubber sole, buckled straps and part of the upper. Some straps were decorated with jingling bells. The chunky heels were metal plated on the back, reflecting the raised bumpy rug-covered runway like the uneven coastal land of Shetland. 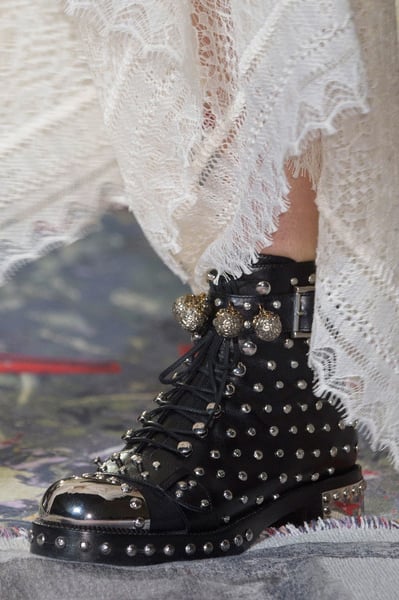 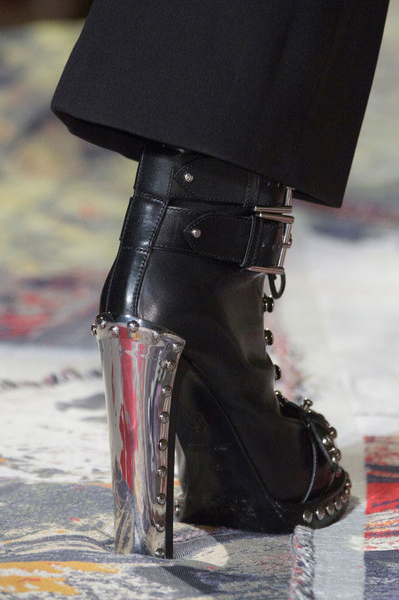 It’s about “wild heather, clover, poppies and roses; sea birds and underwater creatures both real and mythical.” as explained in the show notes. The contrast of toughness and tenderness, romance and magic were further elaborated on the boots with embroidered roses, hand painted flowers and sequin patterned uppers. 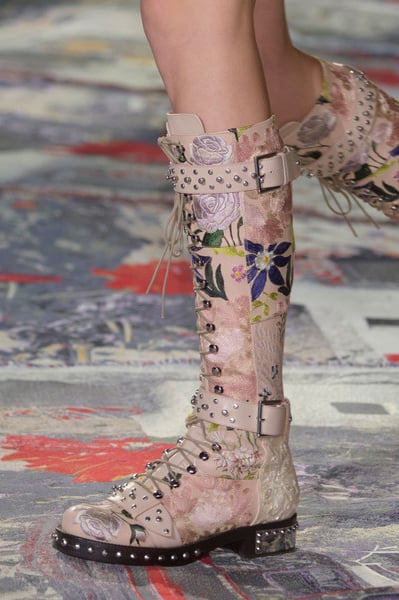 Grounded with the punk boots, the gowns and dresses looked weightless, intricate and dreamy. The creative director Sarah Burton knows how to tell a story. Inspired by gossamer fine Shetland Lace, antique fabrics as well as Celtic paisley, Celtic checks and patched Tattic rugs, she crafted an impressive collection for her women who naturally gentle but hardened by the circumstance.

Scroll down to click through the gallery of Alexander McQueen shoes spring summer 2017: 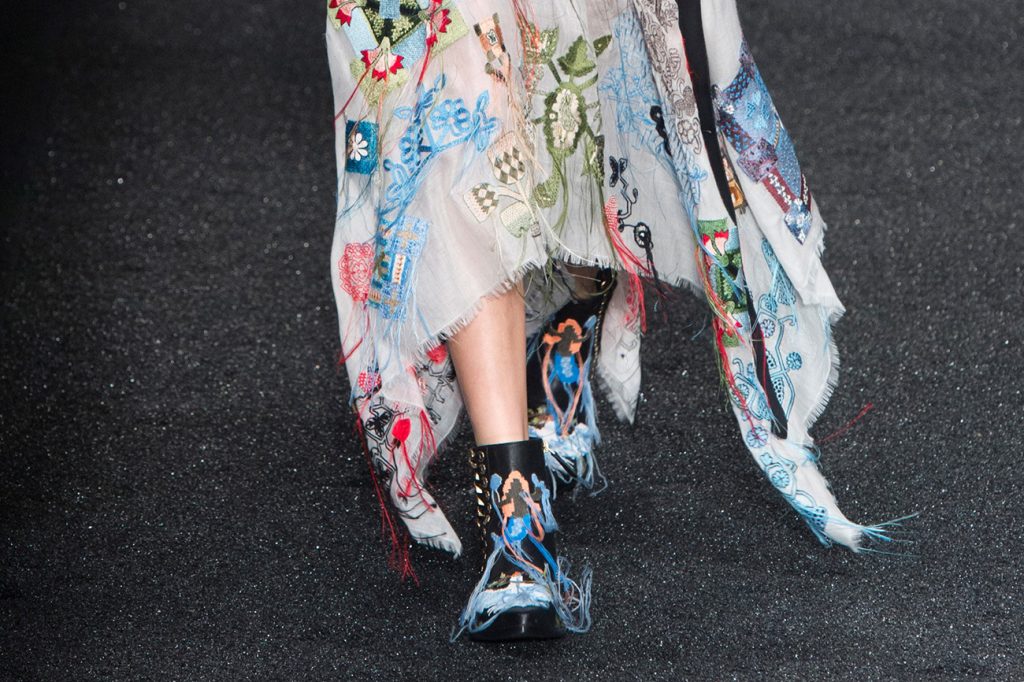 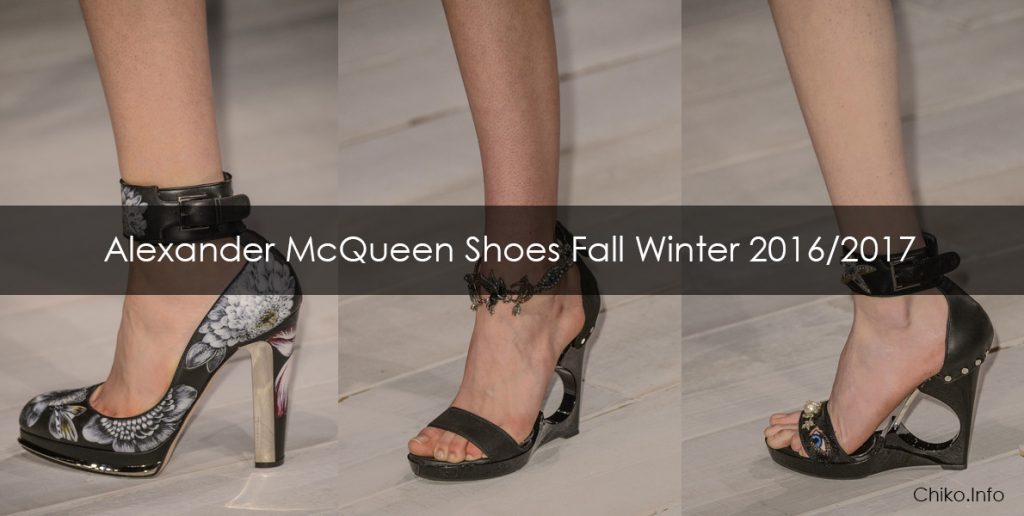 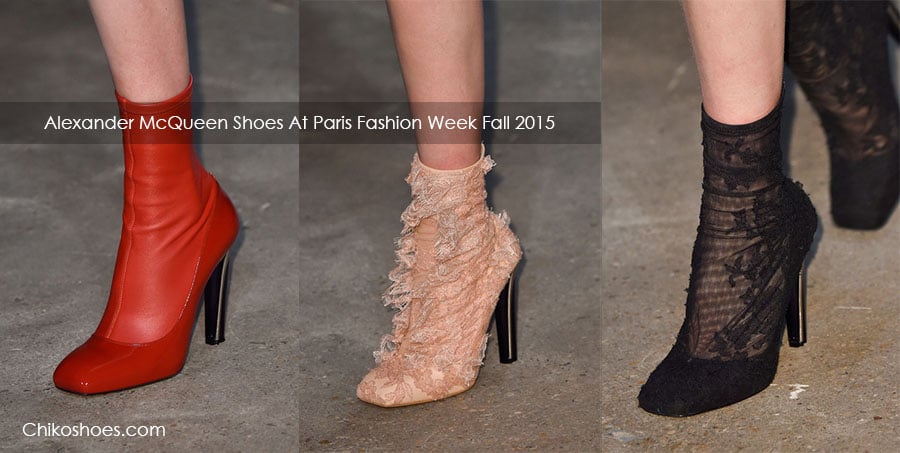