Naya Rivera was spotted in a black jumpsuit and black pointed toe pumps for lunch on Saturday (March 29) in West Hollywood, California. 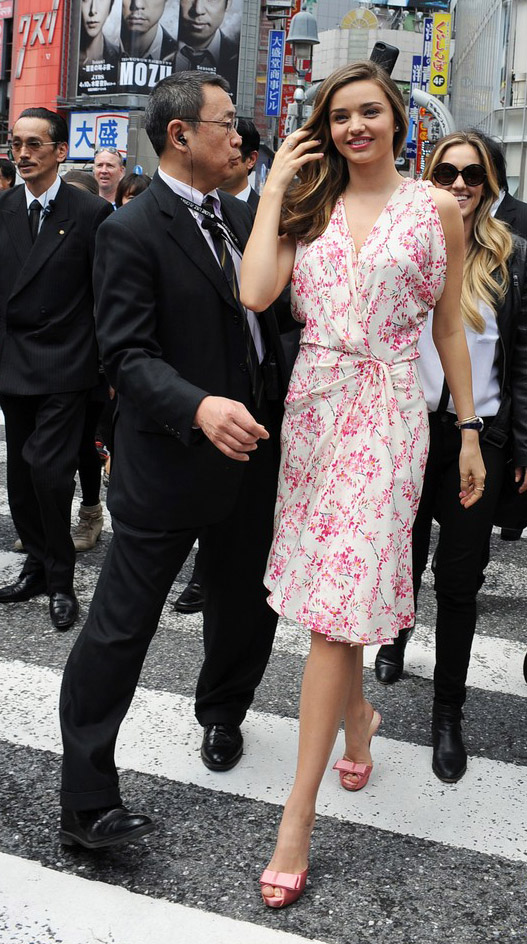 Miranda Kerr was in a pair of bow adorned peep toe mule and floral dress while attending a press conference for beauty clinic Yuri Takano held at Hikarie Hall on Friday (April 4) in Tokyo, Japan. 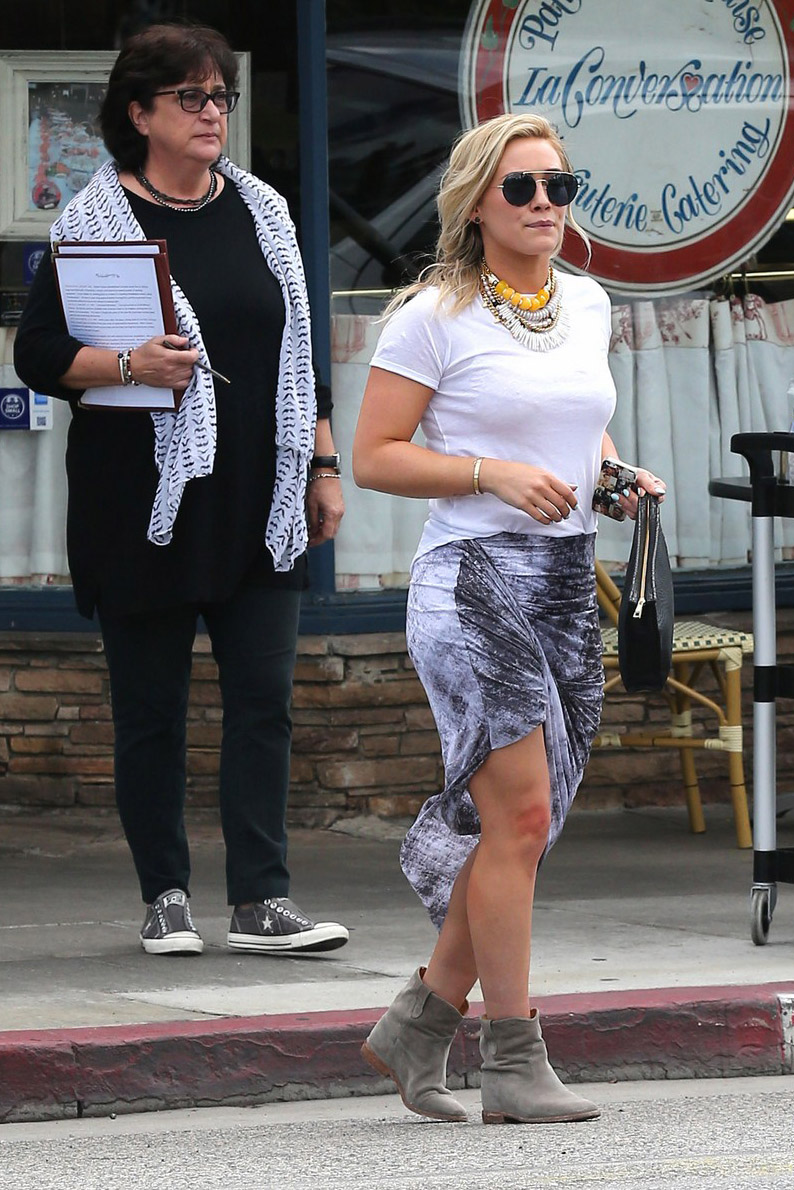 Hilary Duff was spotted in cute flat boots and asymmetrical skirt while skipping across the crosswalk following breakfast at La Conversation cafe on Wednesday (April 2) in West Hollywood, California. 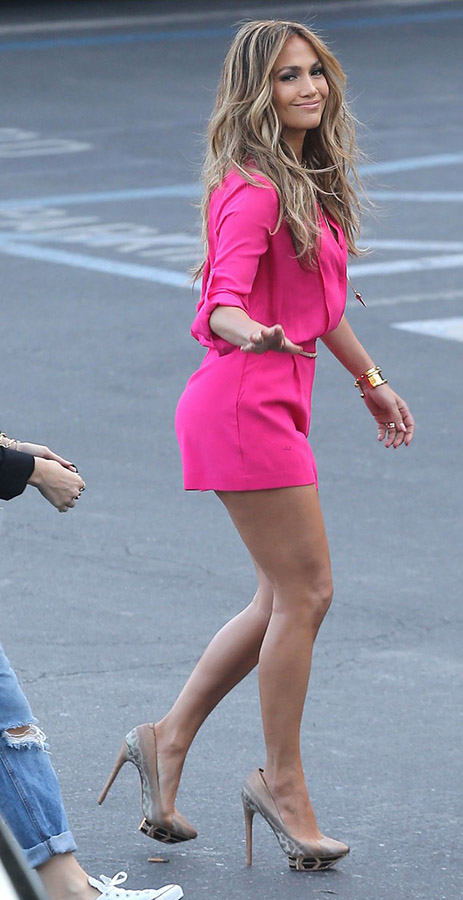 Jennifer Lopez was wearing hot pink jumpsuit while heading into the studio for a live taping of the American Idol results show on Thursday (April 3) in Hollywood. 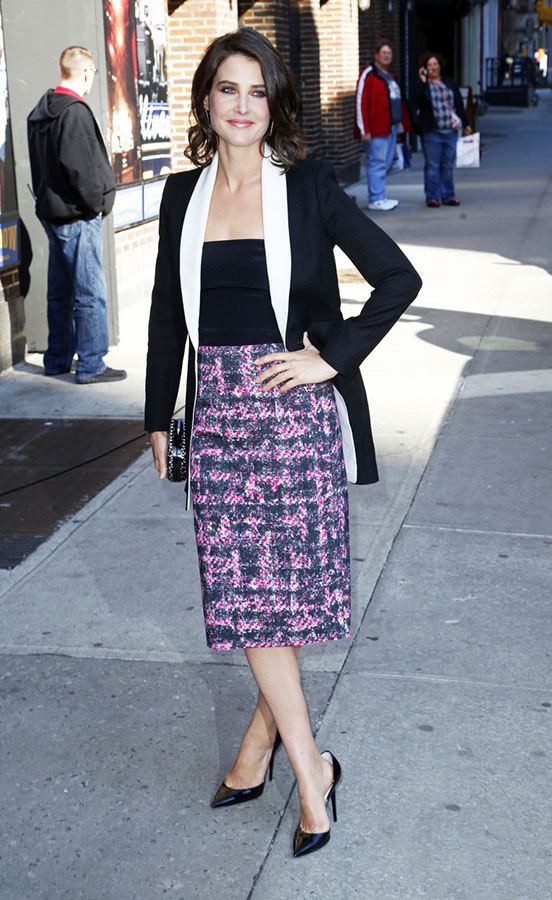 “How I Met Your Mother” star, Cobie Smulders, was in black patent leather pumps and plaid skirt while headed into the Ed Sullivan Theater for a taping of The Late Show with David Letterman on Monday (March 31) in New York City. 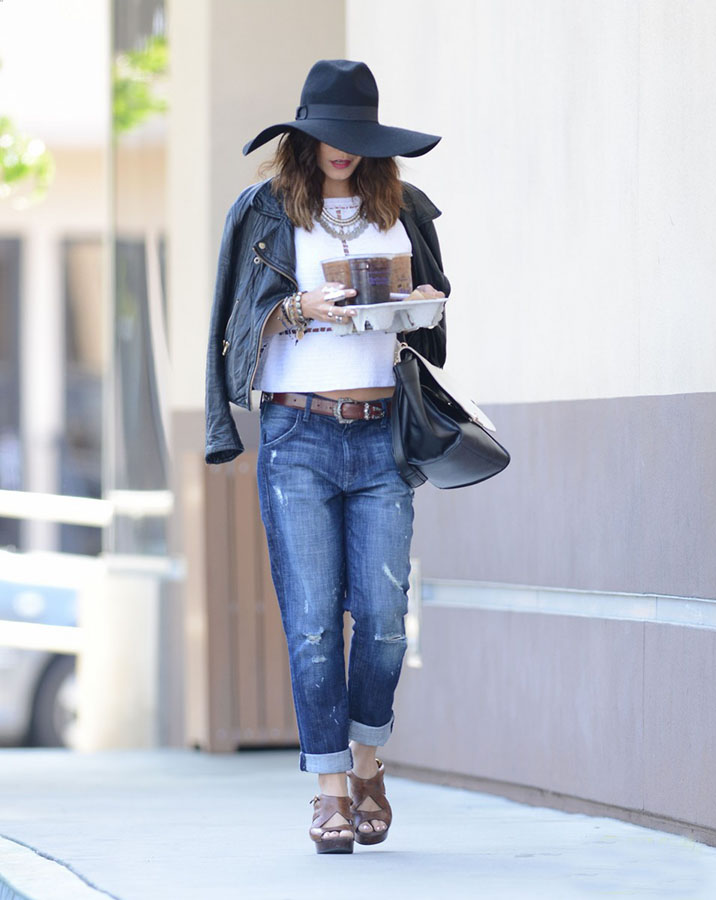 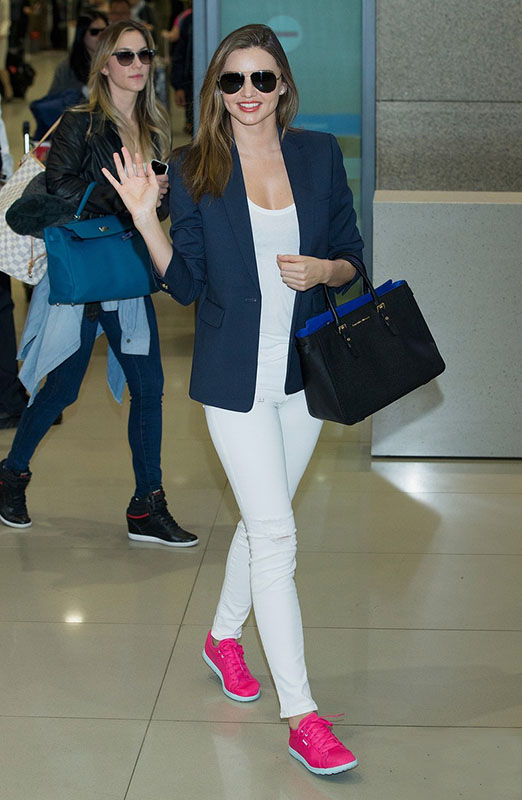 Miranda Kerr was waving to the crowd waiting upon arrival at Incheon International Airport on Monday (March 31) in Incheon, South Korea. Miranda was wearing Reebok Skyscape sneakers in hot pink. 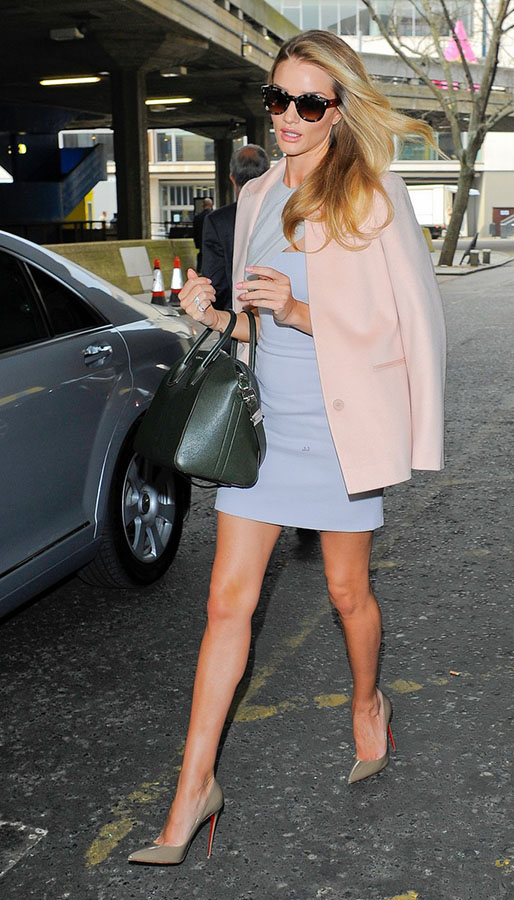 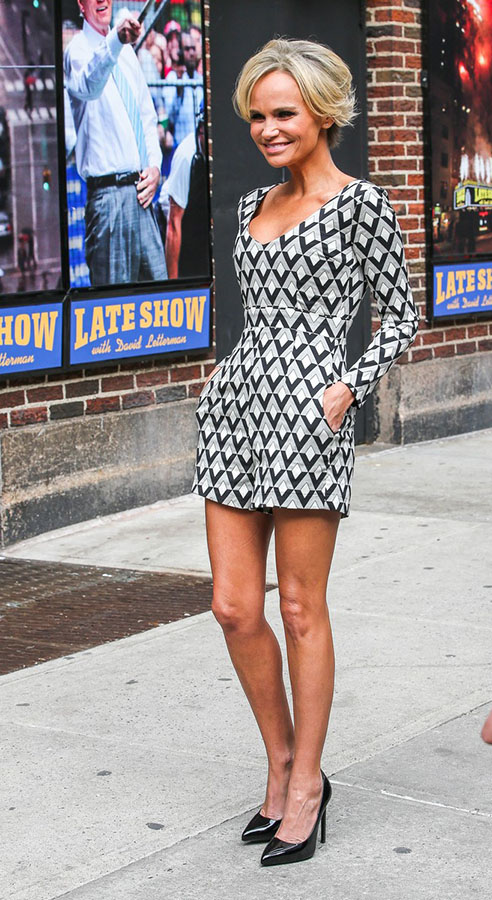 Kristin Chenoweth was in a chic jumpsuit and a pair of pointed toe black patent pumps while arriving for an appearance on Late Show With David Letterman on Tuesday (April 1) in New York City. 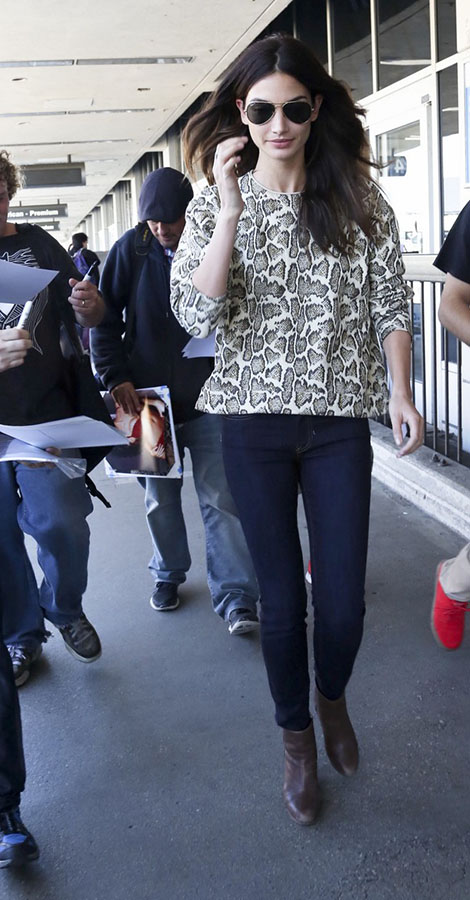 Lily Aldridge was spotted in a super chic sweater while touching down at LAX Airport on Monday (March 31) in Los Angeles. 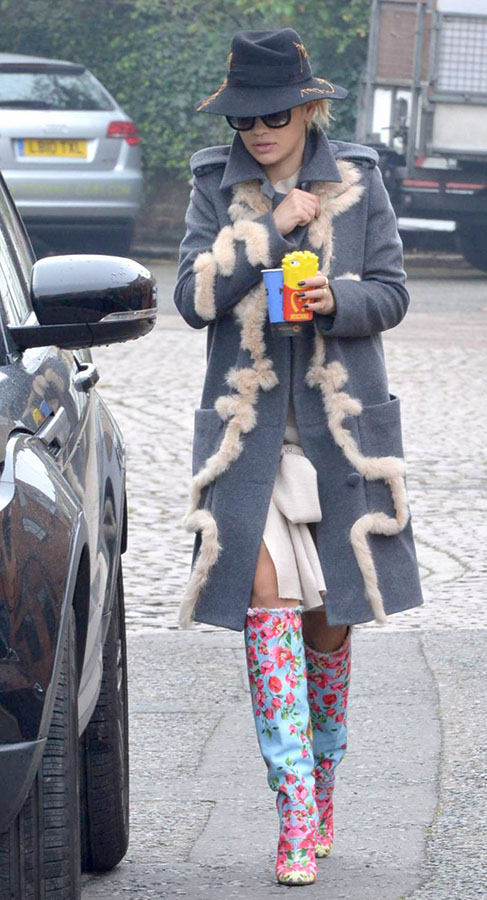 Rita Ora was wearing fur trimmed coat and flower boots while attending the preview of The Glamour of Italian Fashion exhibition at Victoria & Albert Museum on Tuesday (April 1) in London, England. 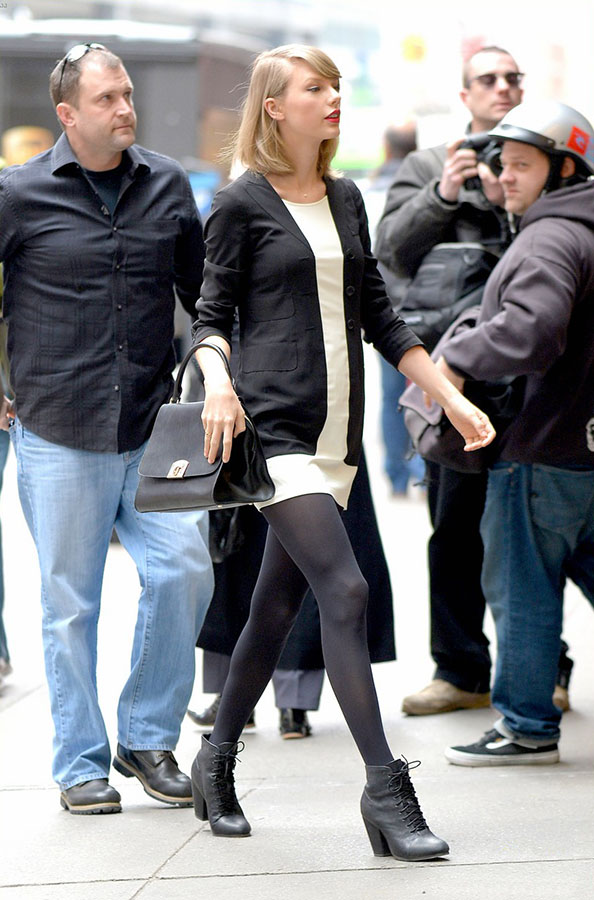 Taylor Swift was in a pair of chunky heel lace up leather ankle boots while walking to American Airlines Theatre on Tuesday (April 1) in New York City.