Christian Siriano made a headline at New York Fashion Week by using plus size models on the runway for his spring 2017 collection. The designer has been a champion in dressing plus size celebrities. Since the collaboration with Plus Size retailer Lane Bryant, the clientele of the label has been diversified with all body types and ethnicities. It’s no surprise Siriano made history today by having one of the most diverse runway shows during fashion week.

“I just thought it was super important to have women of diversity on the runway this season” said Christian Siriano after the show “It was the right time, I thought it also made sense for the collection”.

Christian Siriano spring 2017 collection is inspired by the casual chic of Capri with a color palette of black, white, turquoise and orange. The collection was presented with gladiator sandals and pointy toe pumps, in the same bold hues with black and white detailing.

Giant buttons are featured on pointy toe pumps and gladiator sandals for a dramatic effect. Bow tails on the pumps contributes to the dressy look while still making them modern and suitable for semiformal occasions. 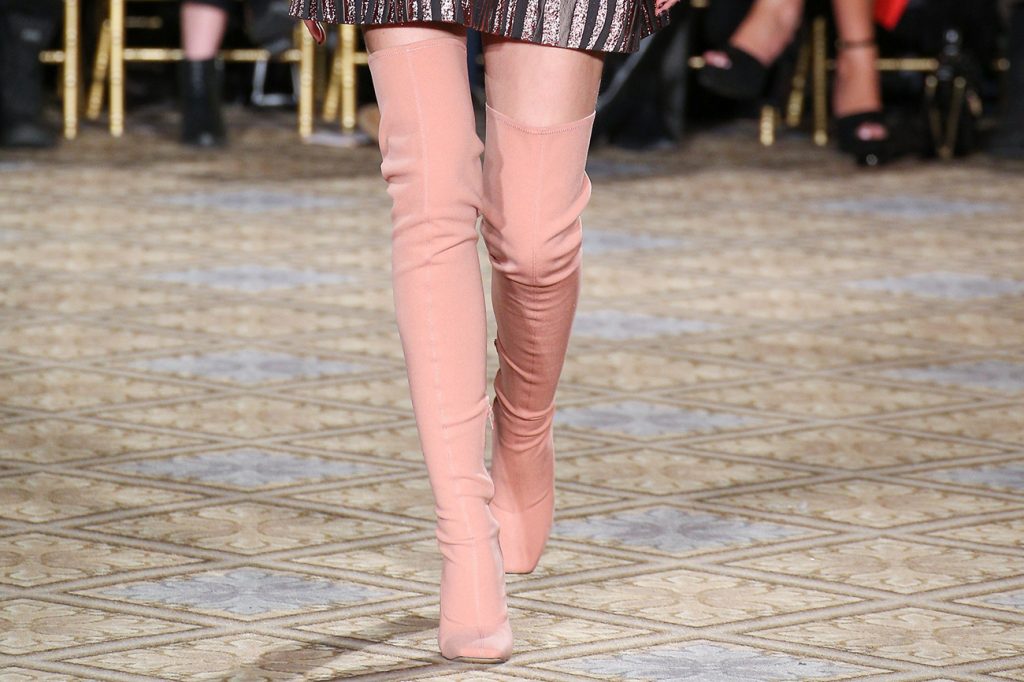