Christopher Kane took an easy approach on the runway shoes of spring summer 2017 at London fashion week and put most of models in Crocs. The other option is a very charming espadrille ankle boots with golden letters of “KANE” dangling on the side. Both are studded with colorful rocks or stones, fun and playful. 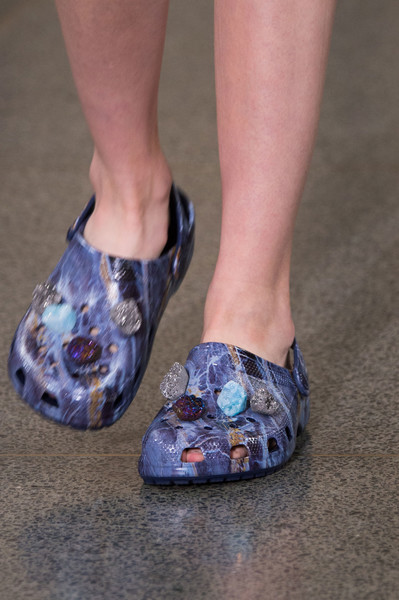 Christopher Kane spring 2017 collection is about “Make Do and Mend”, which British government promoted during World War II when all resources went short.

“Look where we are—in the Tate gallery, this incredible building, which still has pock marks from the bombing in World War II,” said Christopher Kane. “It’s part of being British that we pull through.”

DIY decorated Crocs are perfect definition of being frugal and personalized stylish in times of harsh rationing. Creativity makes a difference.

The ankle boots, on the other hand, are much more luxury and edgy, featuring red block heel, espadrille around the outersole and finished with red welting, colorful O-ring studded leather upper, scattered with crystal rocks and dangling with golden letters. Scroll down to see the photos of Christopher Kane shoes spring summer 2017 at London fashion week: 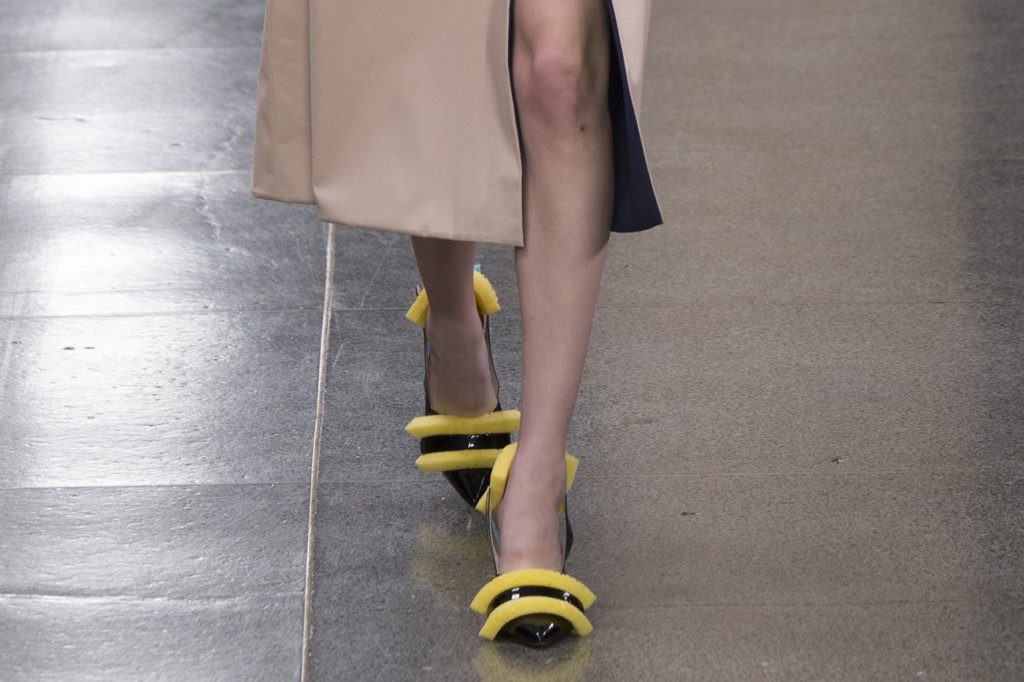 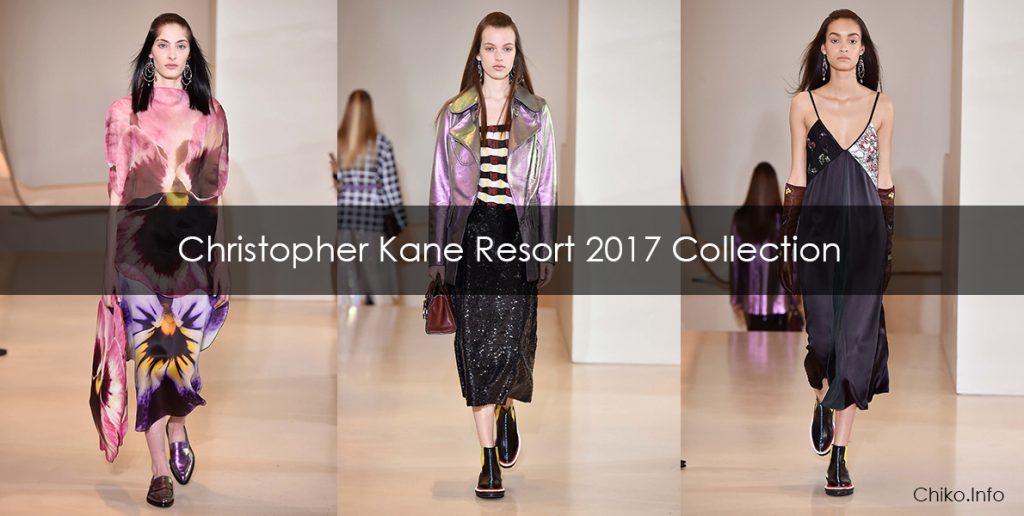 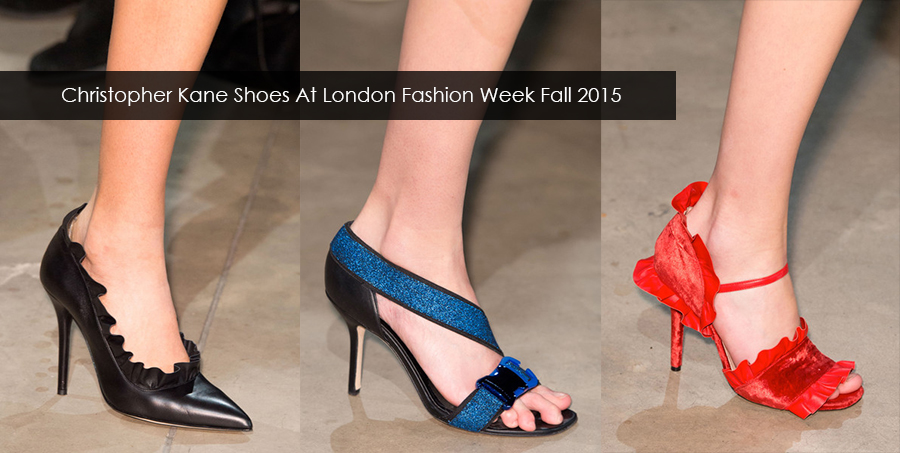