Giorgio Armani men shoe spring 2018 is simple and sophisticated with quiet luxury in timeless styles. Disregard the childish mood and desire for escapism of the season, Giorgio Armani’s approach of artisanal production on classic styles updated with modern elements are distinctive and well played. The one liner projected onto the screen above the runway says it all: it is about “Made in Armani”. 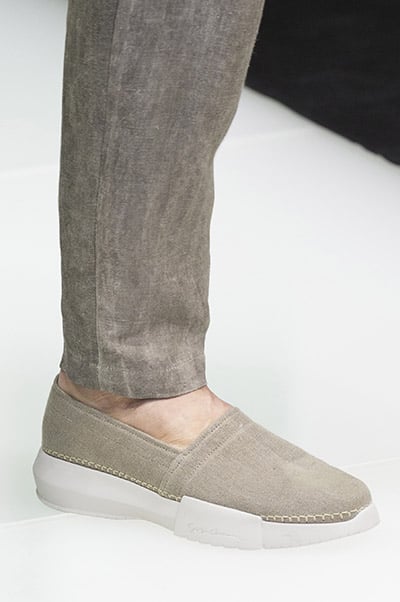 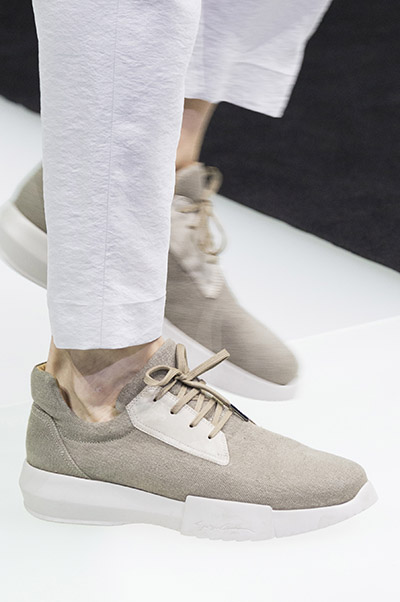 The designer used canvas for the upper of some casual styles including loafers and oxfords. The main color pallet of beige and white delivered the mood of easygoing. The canvas upper are ground with molded outersole in white. Giorgio Armani’s signature was engraved on the side of outersole. The lock-stitches on the upper right above the outersole, usually found on espadrilles, enhanced the relaxed attitude of the total design. 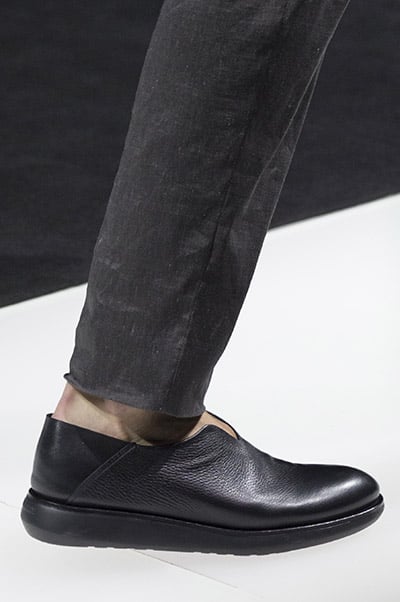 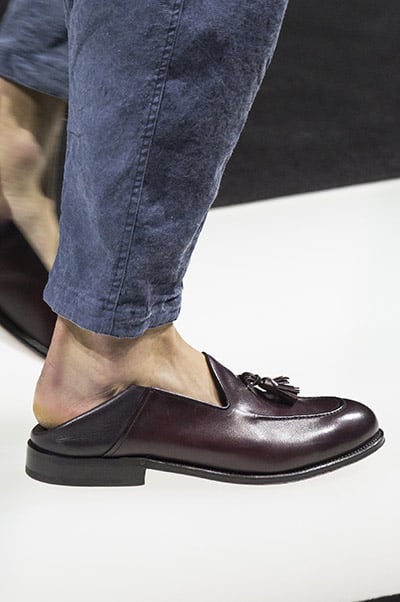 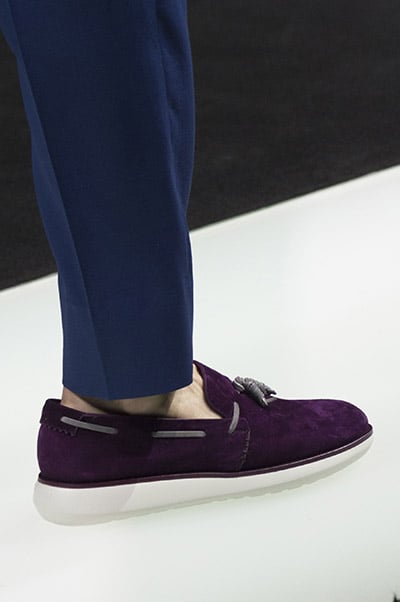 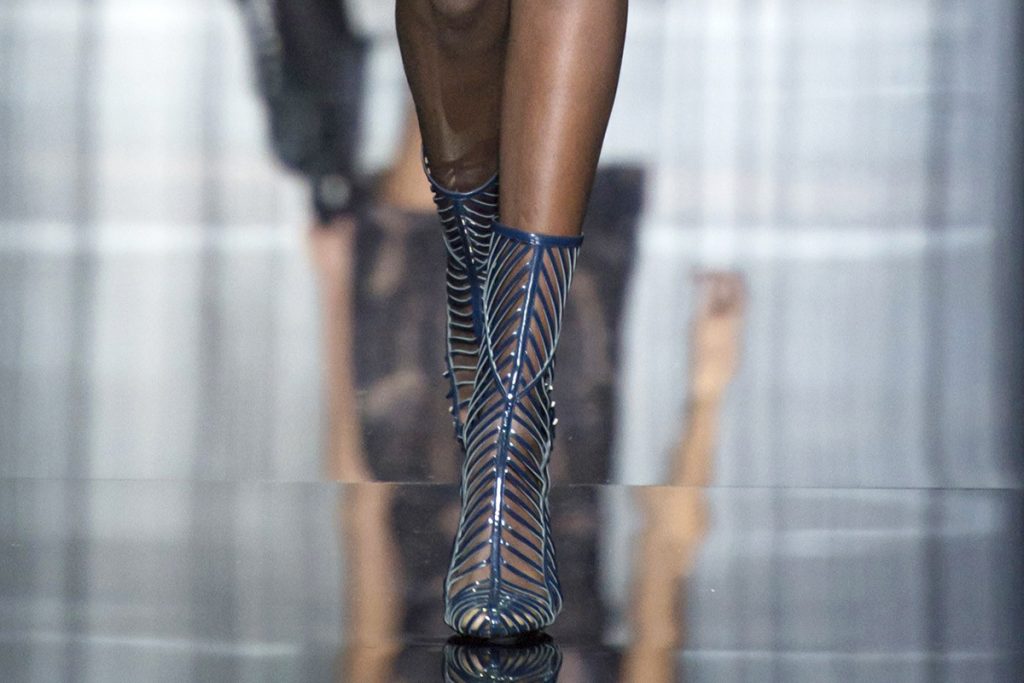