Joan Didion is well known for her novels and her memoir The Year of Magical Thinking, which received the National Book Award for Nonfiction in 2005 and was made into a Broadway play starring Vanessa Redgrave. 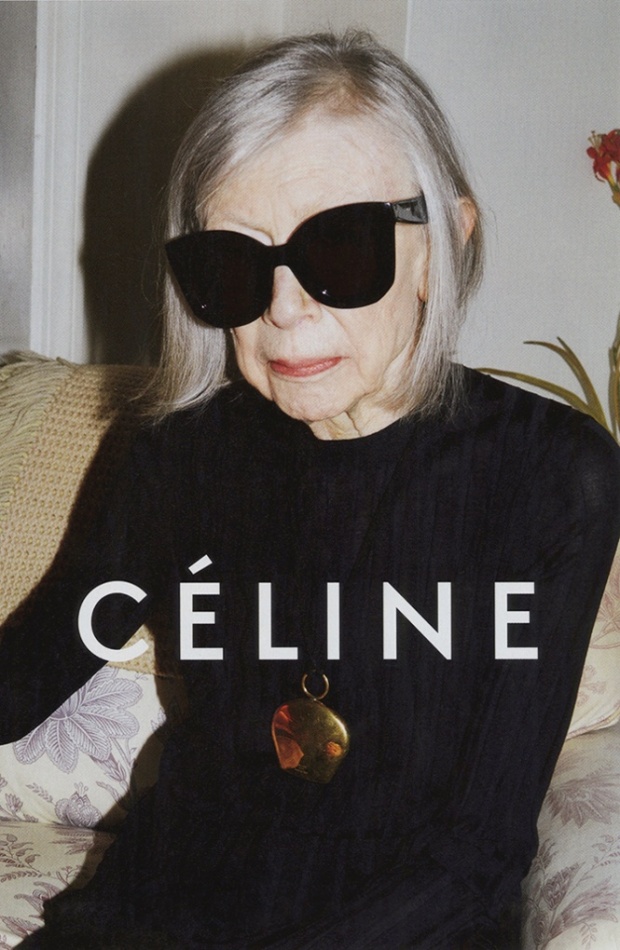 Photographed by Juergen Teller, Joan is pictured wearing sunglasses, which are a signature part of her look. When her nephew Griffin Dunne used Kickstarter to fund a documentary about her life, he awarded pairs of Joan‘s personal sunglasses to two backers who pledged $2,500.

Like many fashion brands found the inspirations in old times, Celine took a trip down memory lane of seventies as well for spring 2015, with new age spirituality. Joan Didion, with her iconic pausing mid-smoke or looking gracefully distracted as she leans out her car window, is perfect choice to be the new face for Celine Spring 2015, passing the message of relaxed, inspiring and visionary, as themed in the collection of Celine Spring 2015. 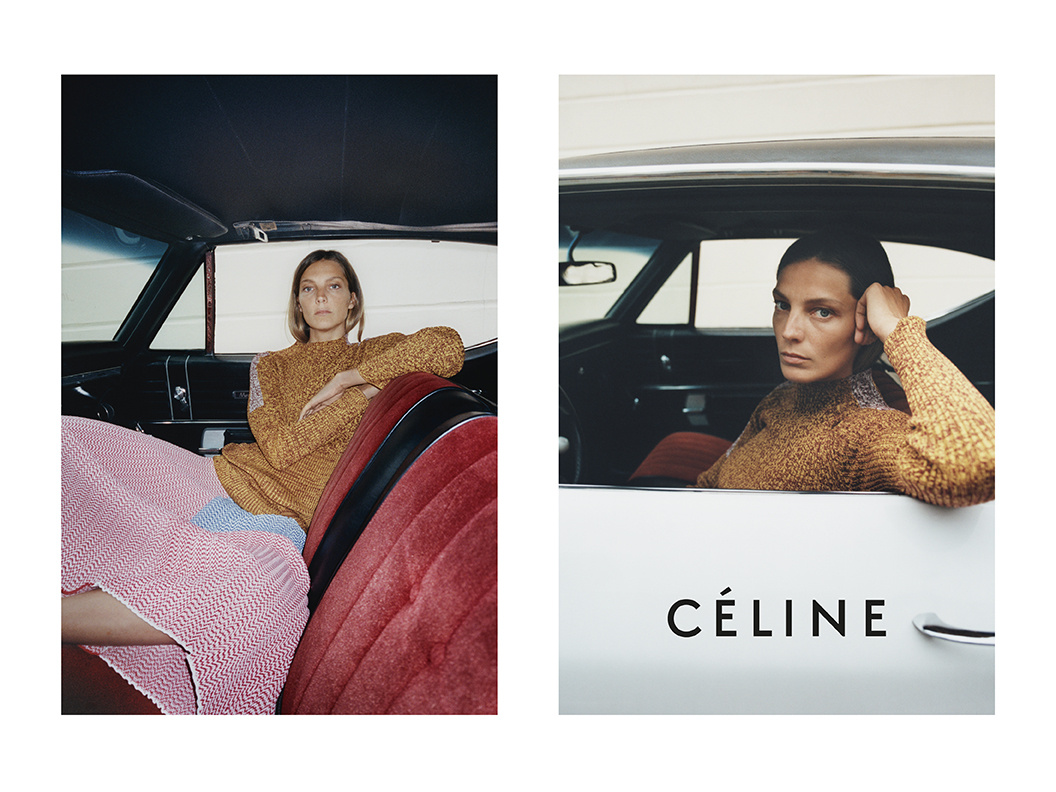