Gucci collection fall winter 2017/2018 at Milan fashion week was inspired by the past. “We need to let the world not go so fast. If you’re doing that, you don’t reflect, and in these times we need to reflect more.” said the creative director Alessandro Michele.

He also stressed “I’m trying to follow my rules, not fashion rules,” which resulted in a shoe collection of many varieties including crystal decorated sandals, pearl stringed Mary-Jane, sparkle and studded loafers, dragon embroidered spike pumps, python boots and so on, all part of his “alchemist’s garden” as Michele termed it. 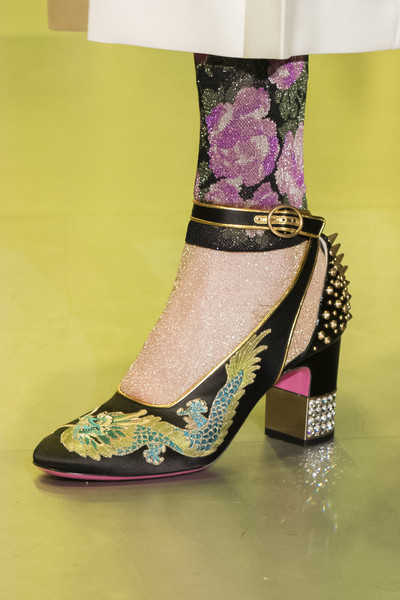 There were orientalism inspired ankle strap pumps with dragon embroidery on the golden piped upper. Golden spike and studs on the back and rhinestone encrusted semi-metallic chunky heels enhanced the powerful and luxurious vibe. 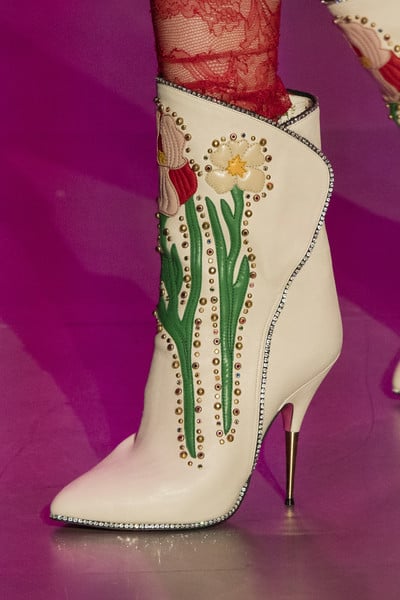 Pointy toe metal heel boots are embroidered with flowers which circled by crystals and studs. Overlaid upper edges are trimmed with a row of sparkle rhinestones. 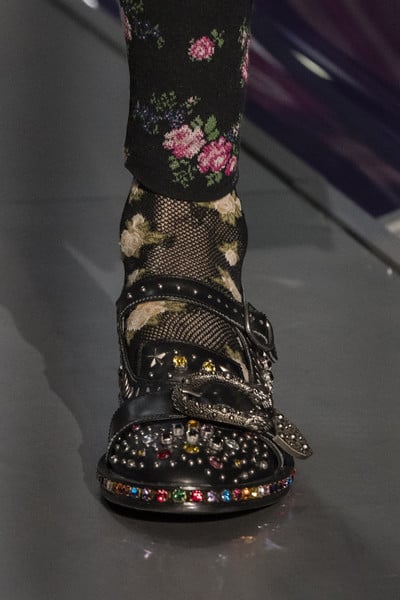 More decorations can be found on the loafers featuring studded straps, sparkle and studded leather upper, heavy metal buckles, sparkly stones around outersole and splashed all over the block heels.

Ouroboros, the ancient Egyptian symbol of a snake eating its own tail, was mentioned in the show notes of Gucci fall winter 2017/2108 as a reference to repetition of fashion. “Creativity is something that belongs to the person that lets a brand live,” said Alessandro Michele “You create every time a story — it’s a chapter. [Your] taste is [your] taste…repetition doesn’t mean it’s not new, repetition means there is something refined and different, upside down. It’s like love.” 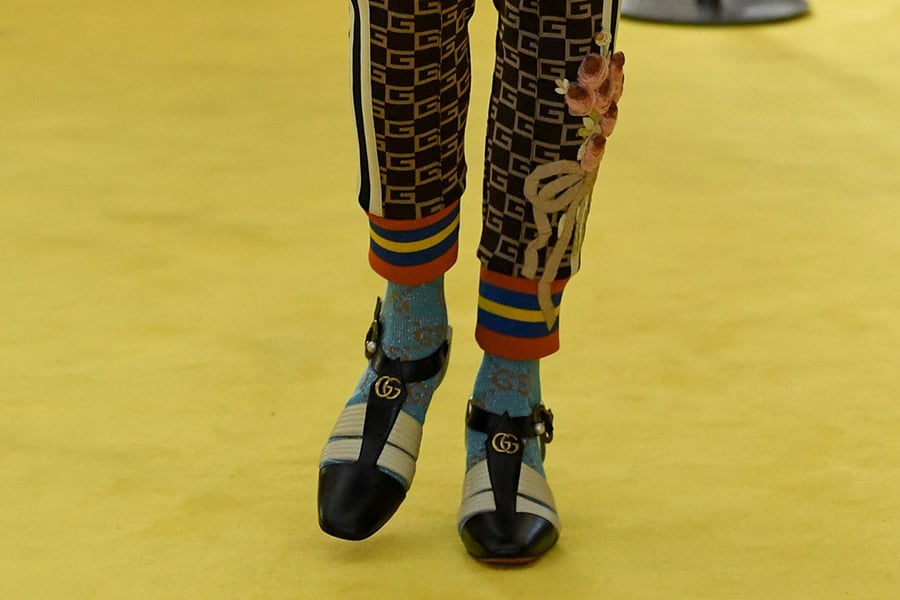 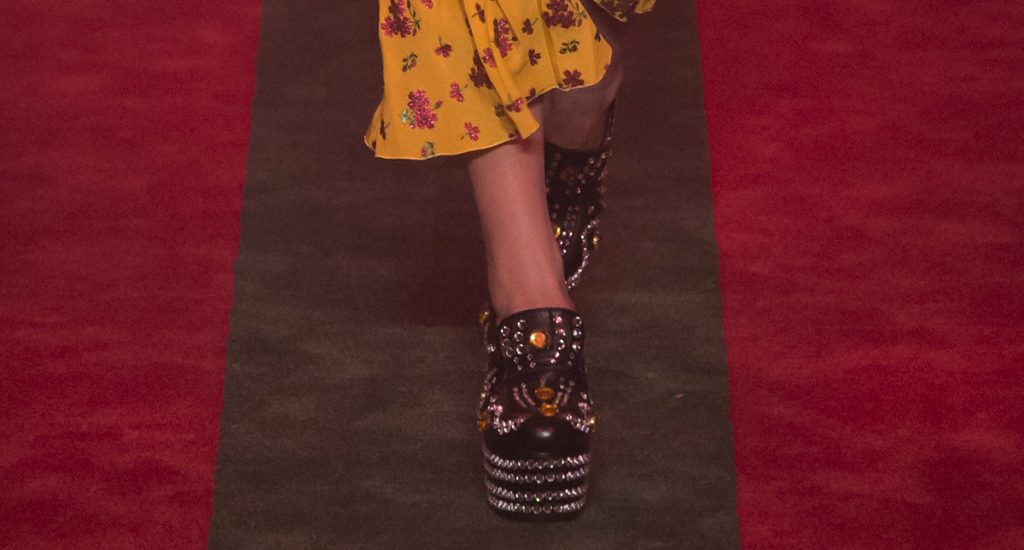 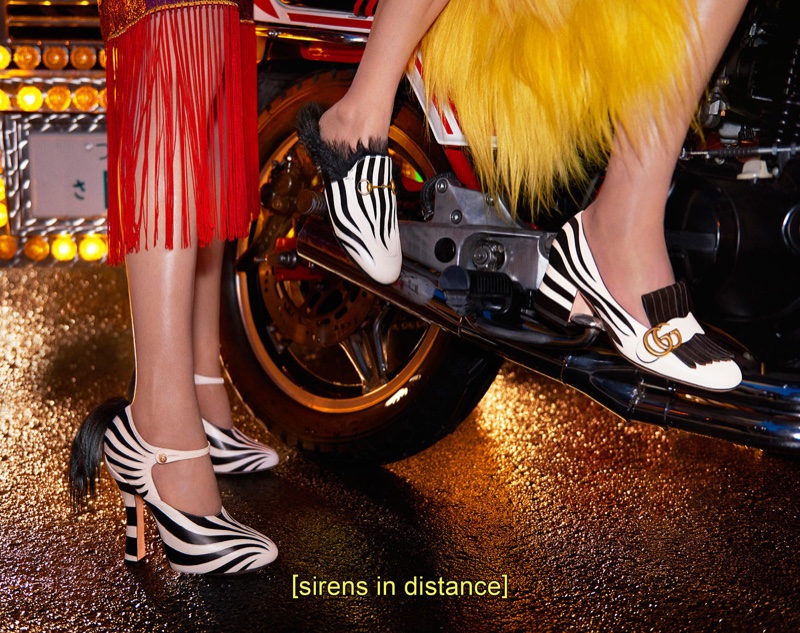 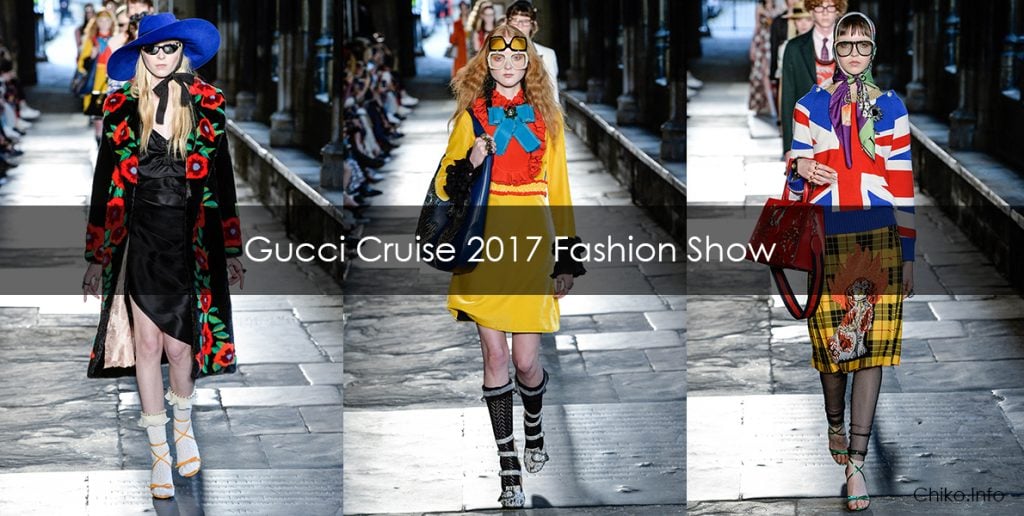 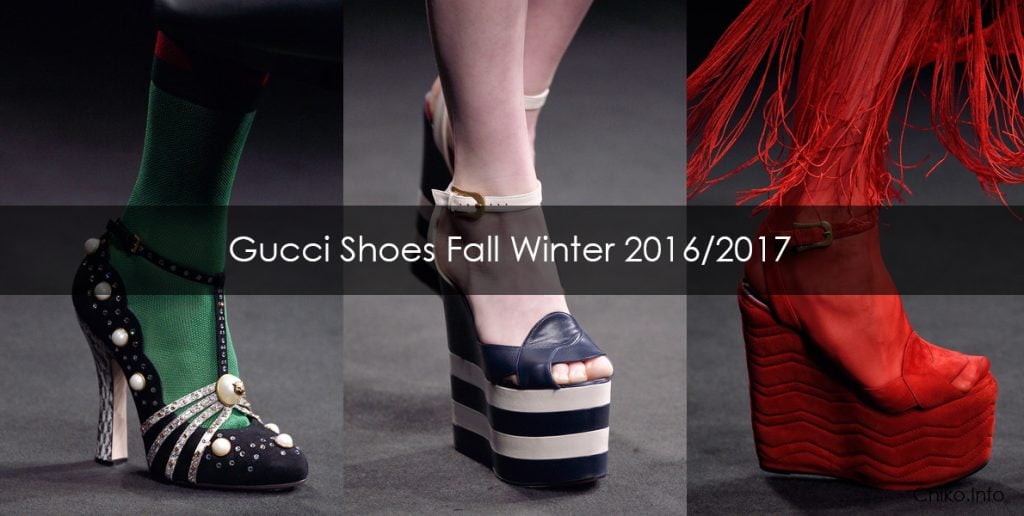