Joined by Gigi Hadid and Hailey Baldwin, Kendall Jenner was walking around in New York City on June 21, braless in a sheer top, showing off her nipple piercing. 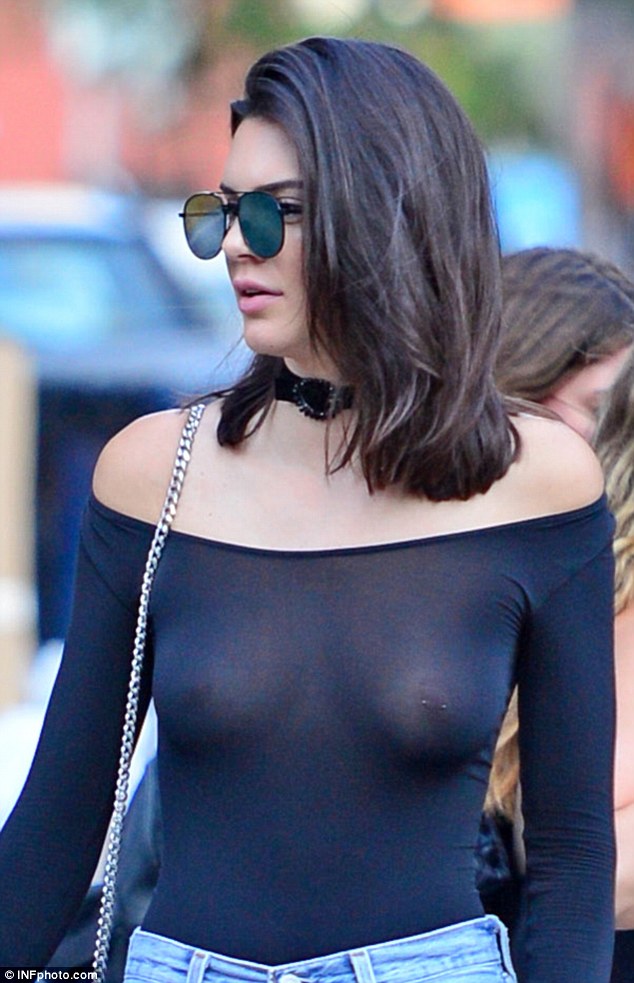 The off duty model was wearing high waist blue jeans, tucked in black sheer top with a pair of square toe Kenneth Cole black ankle boots, which are her current go-to boots, and accessorized with a black choker.

“I was going through a period in my life, having a rough time, being a rebel and was like ‘Let’s just do it’,” Kendall Jenner told New York Times last year about her nipple piercing, “[I was] so terrified, I’m laying on the bed like ‘Why am I doing this?’ Honestly, it hurt, but wasn’t as bad as everyone made it seem and maybe because everyone hyped it up and I thought it would be really, really bad. Then it wasn’t as bad as I expected.” 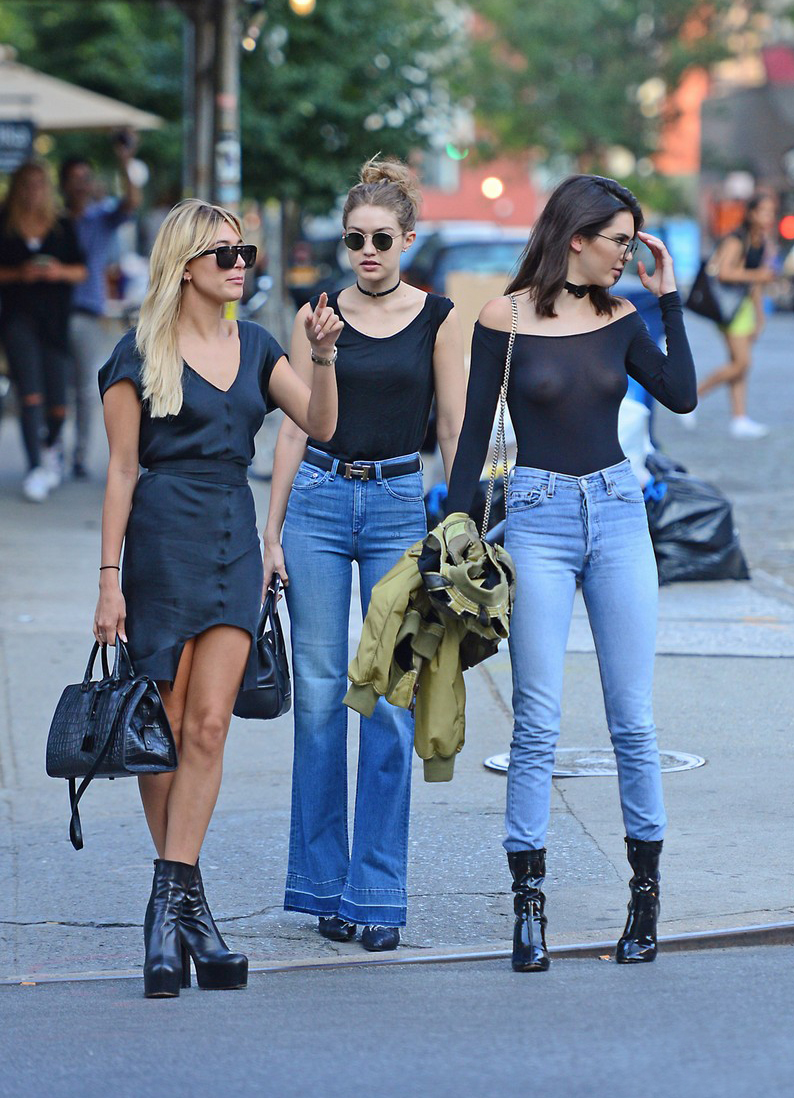 Gigi Hadid was wearing black top with high waist jeans and completed the look with a pair of pointy toe ankle boots with block heels. Hailey Baldwin was wearing a pair of platform chunky heel ankle boots and a black dress with cut out hemline. The fashion It girls transformed the retro looking high waist jeans or platform boots into modern and contemporary silhouettes effortlessly.

So just as you were about to toss your pair of old high waist jeans or platform ankle boots which may seem out of fashion, these girls made quite good examples of how to style the vintage items with a modern feel.