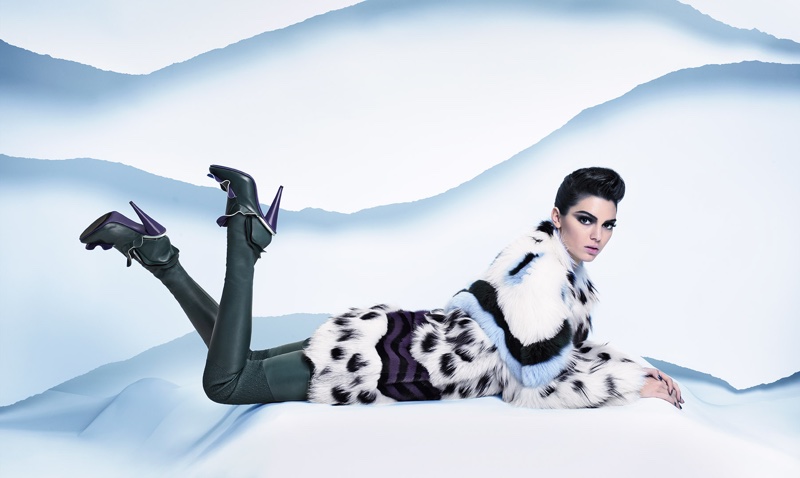 As one of Karl Lagerfeld’s golden girls, it comes no surprise that Kendall Jenner posed for the brand ad campaign once again. The model was wearing dark smoky eye makeup and perfectly coiffed hair while dressed in Fendi fall 2016 collection accessorized with Fendi fall 2016 wave trimmed boots and handbags. 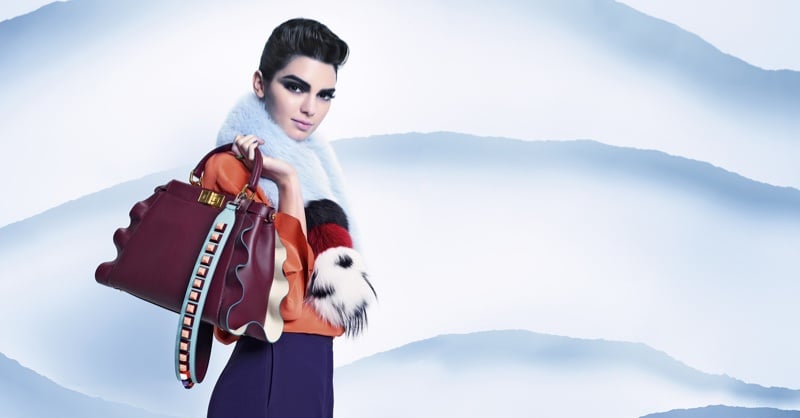 Scroll down to click through the gallery of Fendi runway shoes fall winter 2016 2017 collection: