Kenzo shoes spring summer 2017 at Paris fashion week are about the epic night in 70’s disco of Studio 54, where the founder Kenzo Takada had a fabulous show back in 1977.

Humberto Leon and Carol Lim kept the shoe designs simple. Metallic rope crossed uppers were paired with unconventional metallic heels look like coiled spring, spiraled up in a cone shape, like the freshly curled hairstyle back in 70’s. 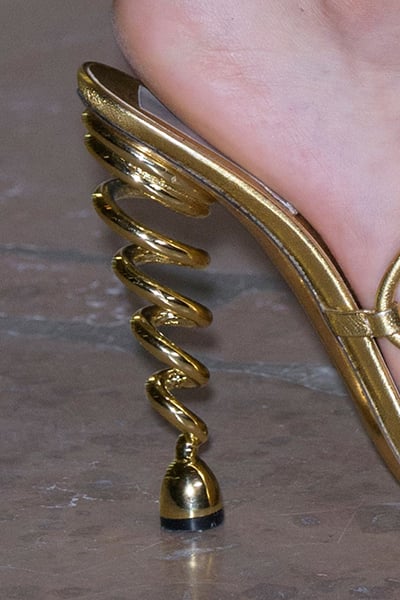 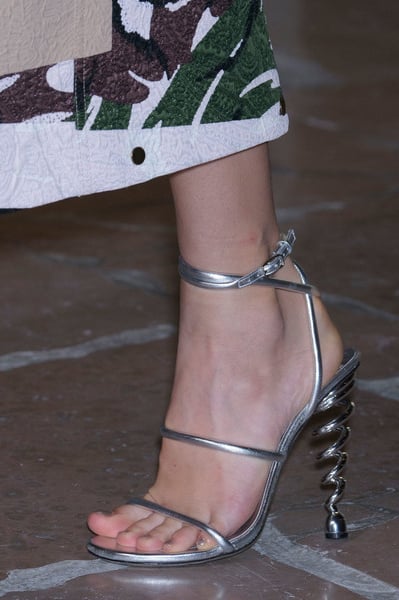 The peep toe pumps are embellished with flowers, rhinestones or crystals for a toned down flashy 70’s vibe. Same ornaments are also scattered on the metallic roped straps wrapped around the ankle. 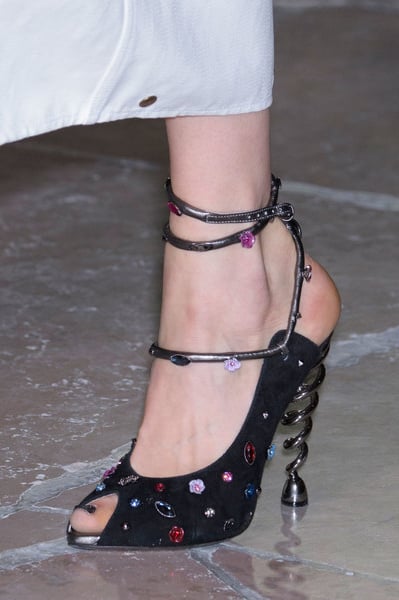 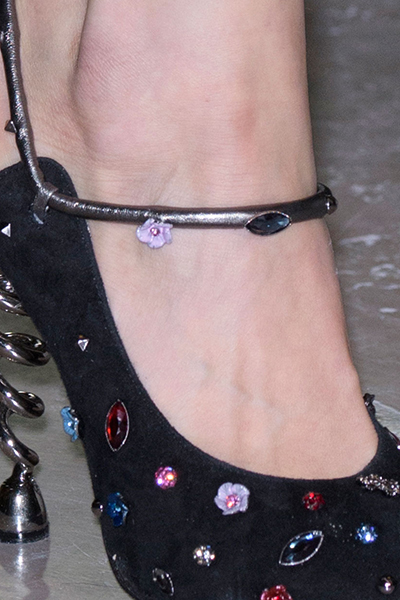 Scroll down to click through the gallery of Kenzo shoes spring summer 2017 at Paris fashion week: