“12 Years a Slave” was a big hit with seven nominations and took home the prize for best drama 2013.  “American Hustle.” won three trophies including best musical or comedy, best actress for Amy Adams and best supporting actress for Jennifer Lawrence.

Leonardo DiCaprio took home the trophy for best actor in a musical or comedy film for his role as a hedonistic broker in “The Wolf of Wall Street.”

Now let’s take a look at the beautiful shoes on the red carpet of Golden Globe 2014: 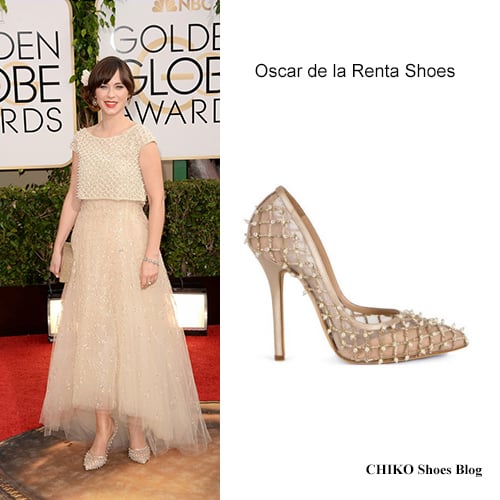 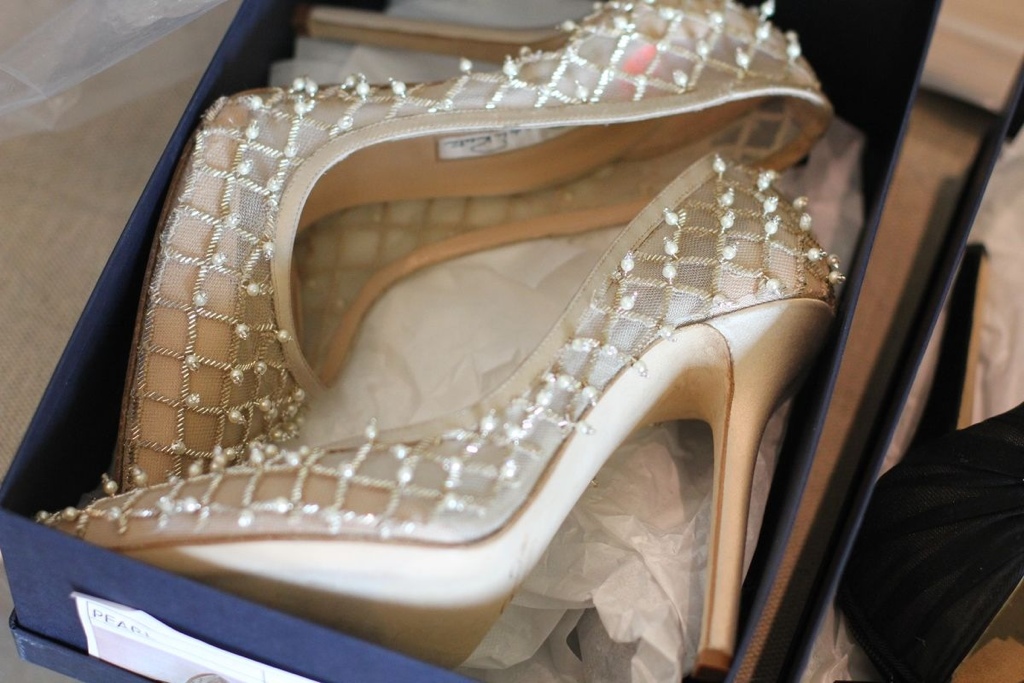 These amazing red carpet shoes are from Oscar de la Renta Spring 2014 collection. They are absolutely stunning with pearls seated on braided golden ropes and backed with nude mesh with satin trim. 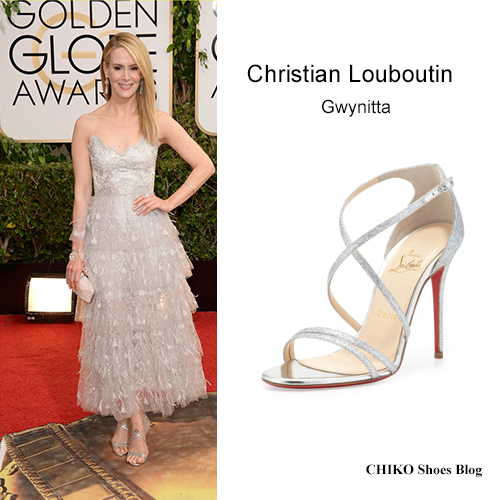 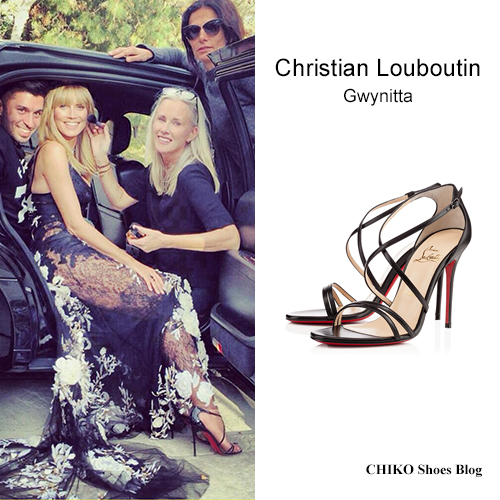 4 inch heel with glitter and leather upper, they are available at Neiman Marcus at the price of US$745. The black ones as worn by Heidi Klum at 2014 Golden Globe are available at Christain Louboutin online Store. 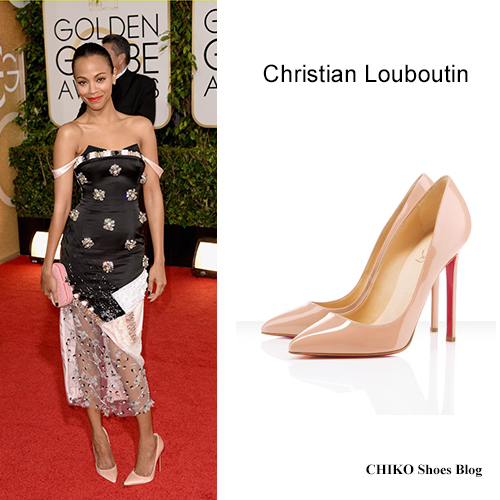 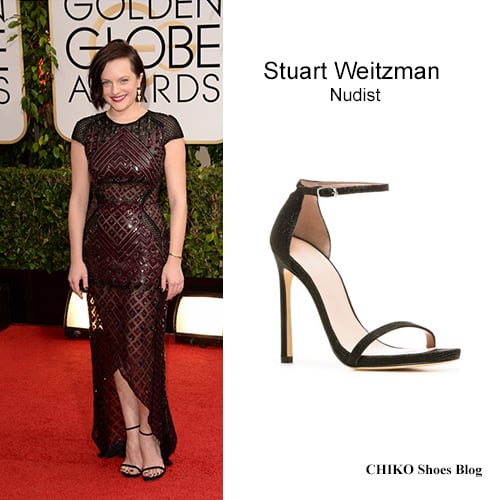 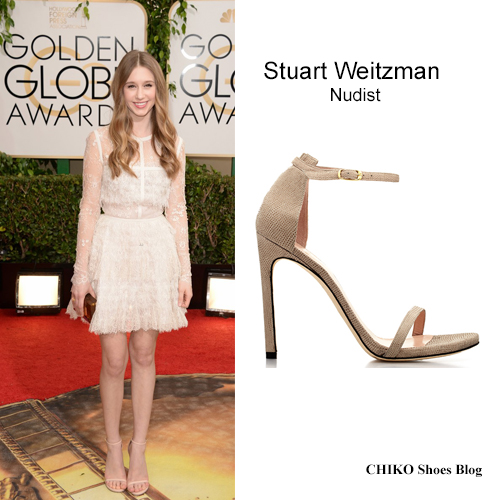 These Roger Vivier Ergo Pumps feature a pointed toe and criss-crossed asymmetrical ankle straps with adjustable buckles. They are available at Moda Operandi at the price of US$875. 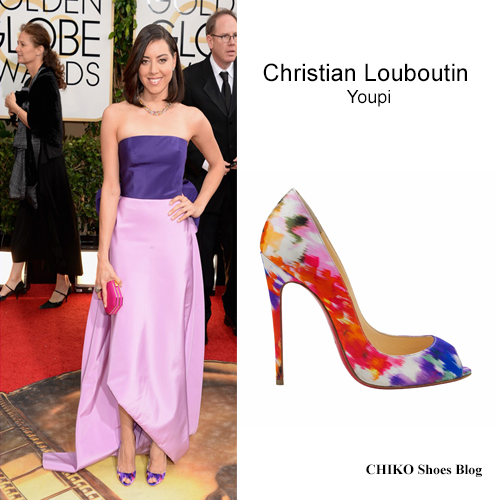