Rick Owens shoes spring summer 2017 at Paris fashion week are sleek, odd and original in his signature grungy glamorous aesthetic. The show was held in the dark basement of the Palais de Tokyo. The models walked around the concrete columns in the boots featuring sharp-sloped hidden wedges and elongated cut out square toes with extra fillers as stiffener: 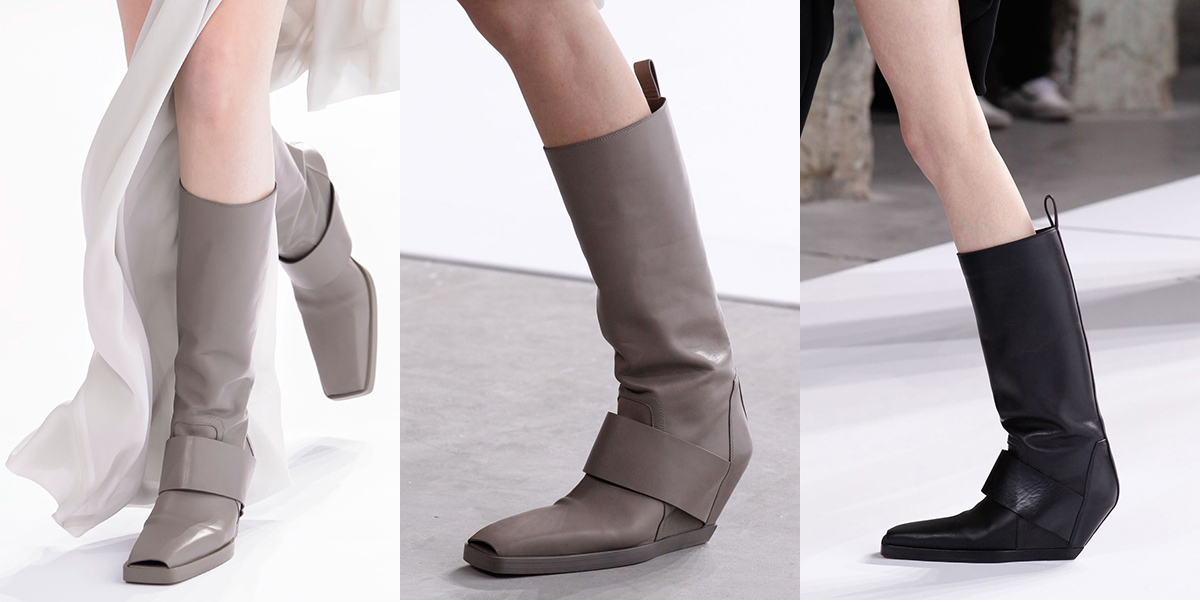 The colors are nothing near the brand’s gothic palette but rather soft in pink, beige, white, golden or brown, daintiness and fragility with more color and the prettiness as described by Rick Owens himself. But he also admitted “of course, my idea of prettiness is not everybody’s.”

The boots are straight tailored for casual chic with a wide strap loosely across front occasionally. Uppers made of soft metallic fabric or leather tumbled down naturally like the designer’s famous drape in the freestyle forms: 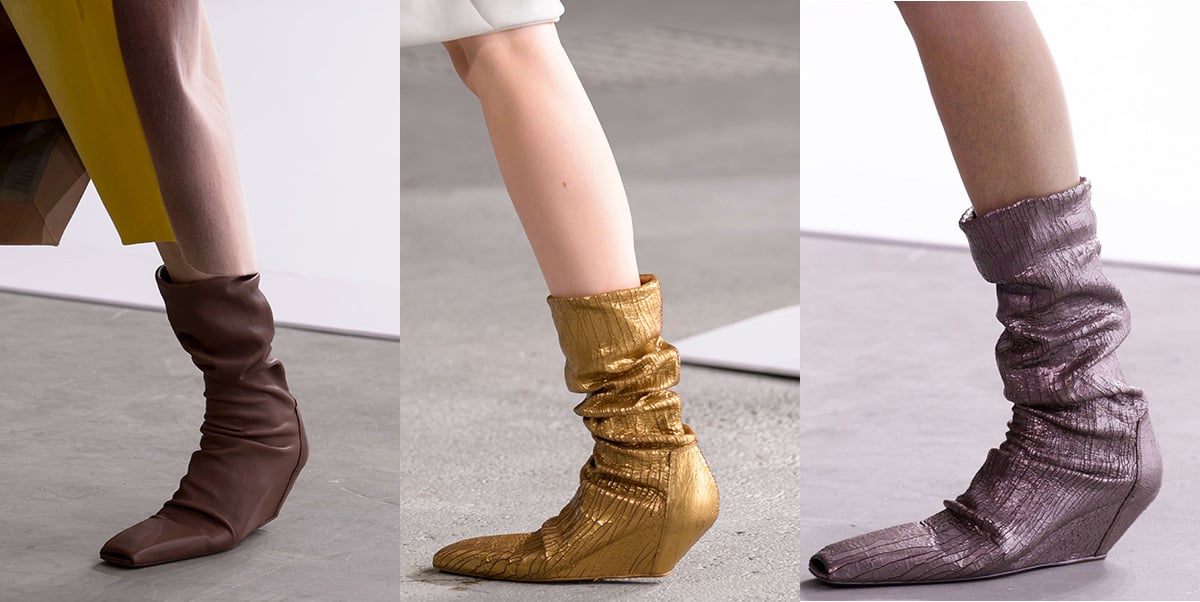 Like his men’s show in June, today’s show also called Walrus, the marine mammals with huge tusks, which might explain the inspiration of elongated nose on the boots. “Walruses look like something unfinished, ugly but sleek,” said Owens before the show. “That’s my aesthetic too.”

Scroll down to click through the gallery of Rick Owens shoes spring summer 2017 at Paris fashion week: