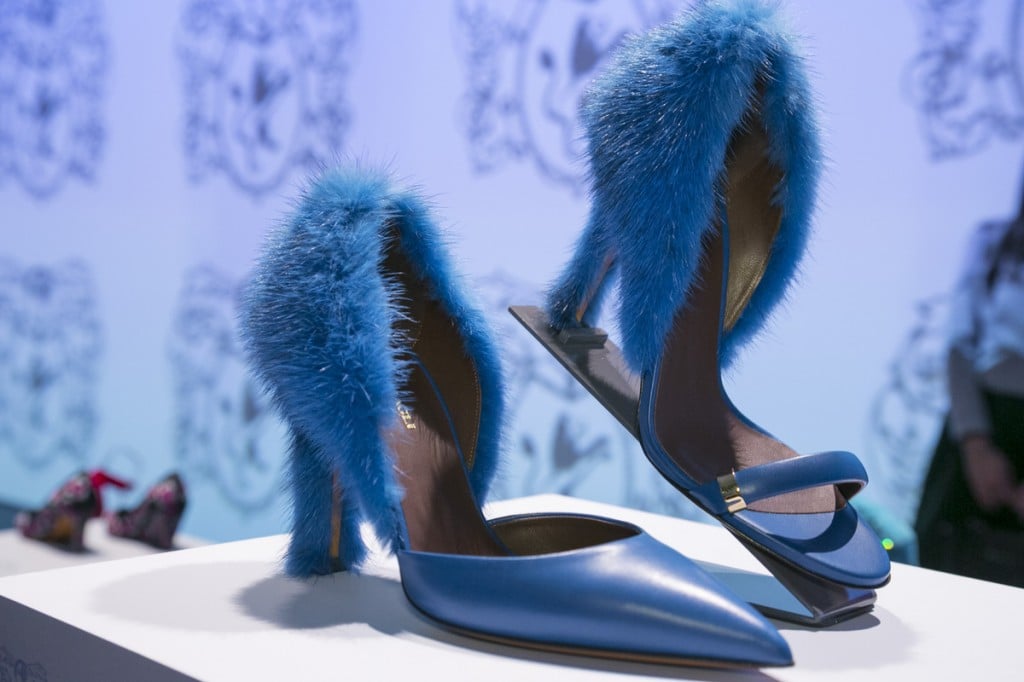 Despite the protests from animal-rights groups outside his show, Roberto Cavalli had the fur on every look at Milan Fashion Week Fall/Winter 2014 – 2015. In fact, on the front row, on the street and the catwalk, fur was everywhere this season.

Fendi, a fur house, made the effort of covering the whole runway with genuine goat fur at Fall 2014 Mens’ Wear Show. We surely hope it’s man made fur but it’s not, poor goat. On the shoes, Fendi spared the goat fur and used horse/calf hair and leather.

Designers ditched the heavy-fur on their shoes this season and went for fur trimming or decoration mainly. House Of Holland decorated their bright colored shoe designs with colorful furry balls. 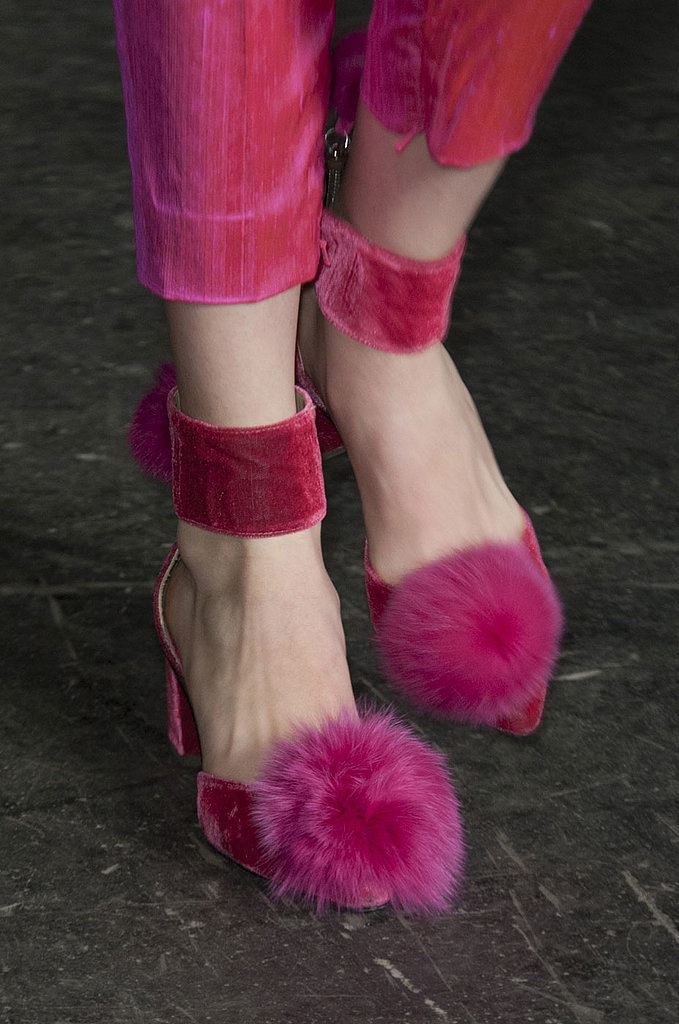 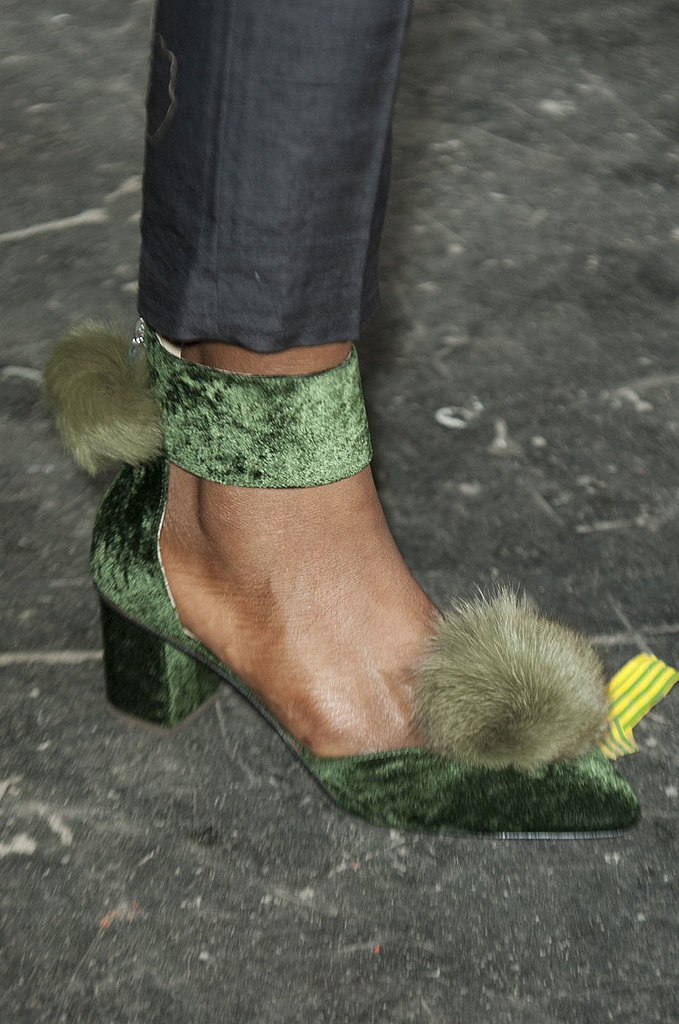 Isabel Marant created “fur-escape” look with leather strapped all over it on their fall 2014 furry boots. 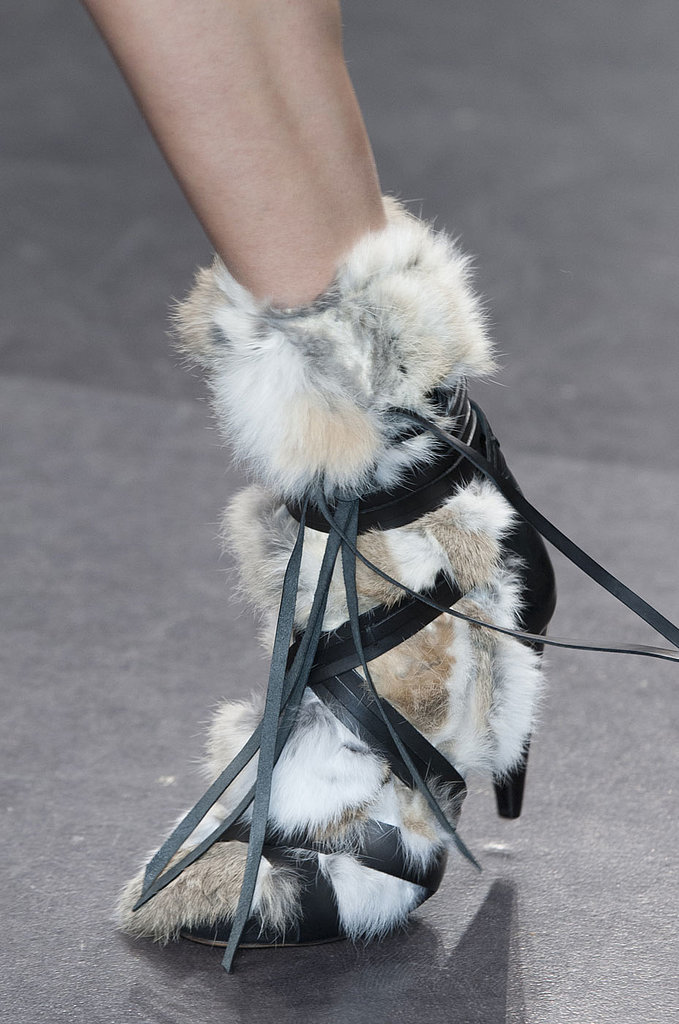 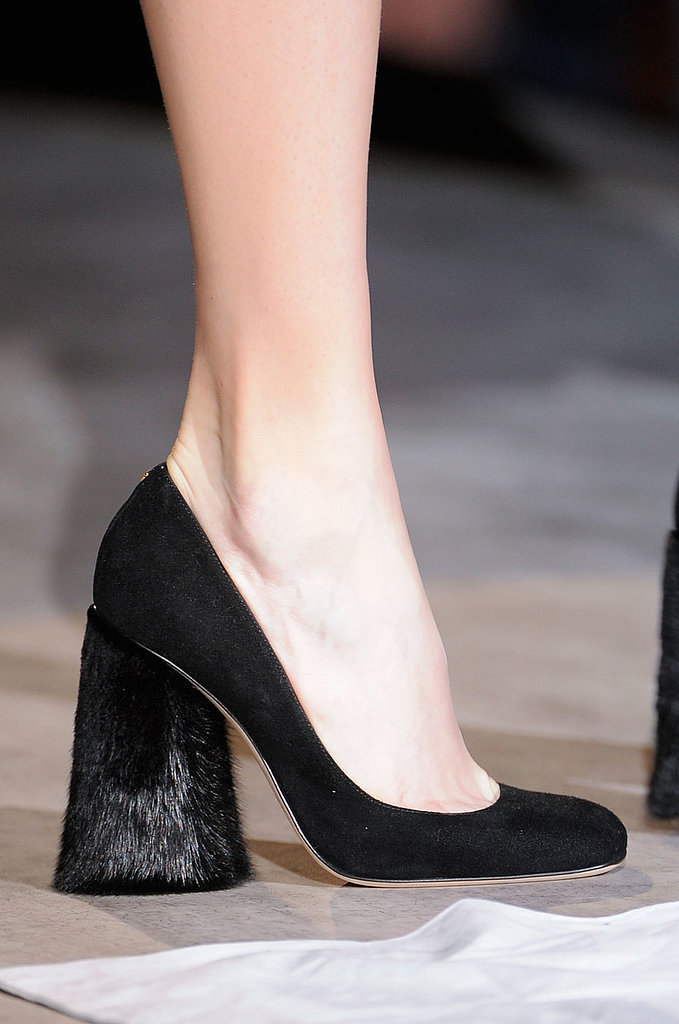 Jean Pierre Braganza trimmed their leather sandals with long fur at the front. 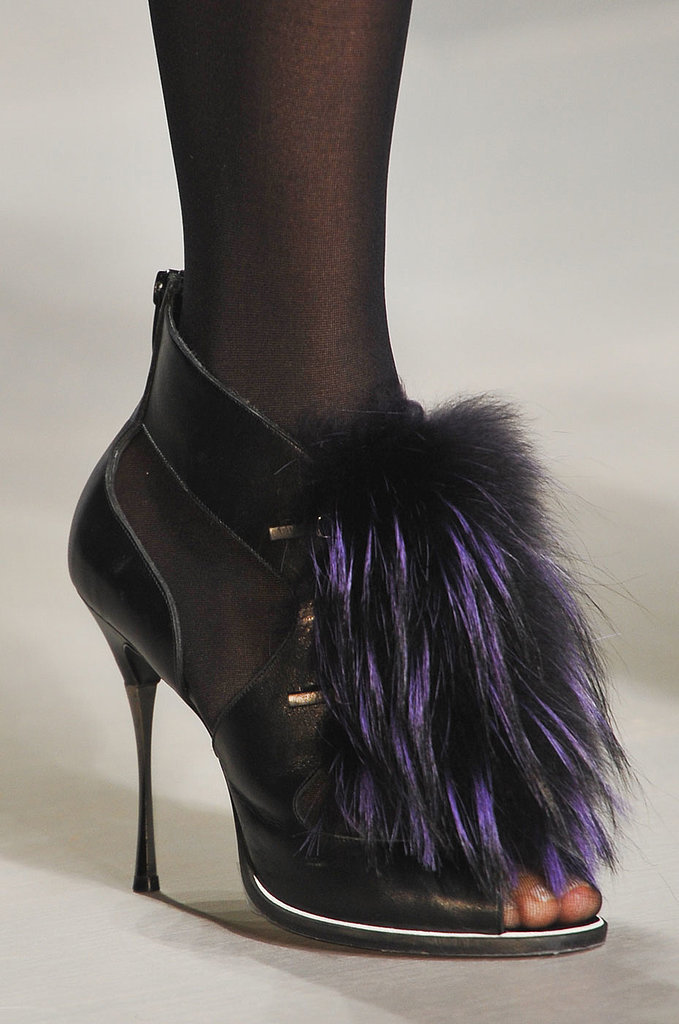 Next to the fur, Shear is also very popular on the runway of fall/winter 2014 – 2015. Prada, always one step ahead of the game, went for shearing this season. She called it “poor fur” but they look fabulous in Prada’s hand. 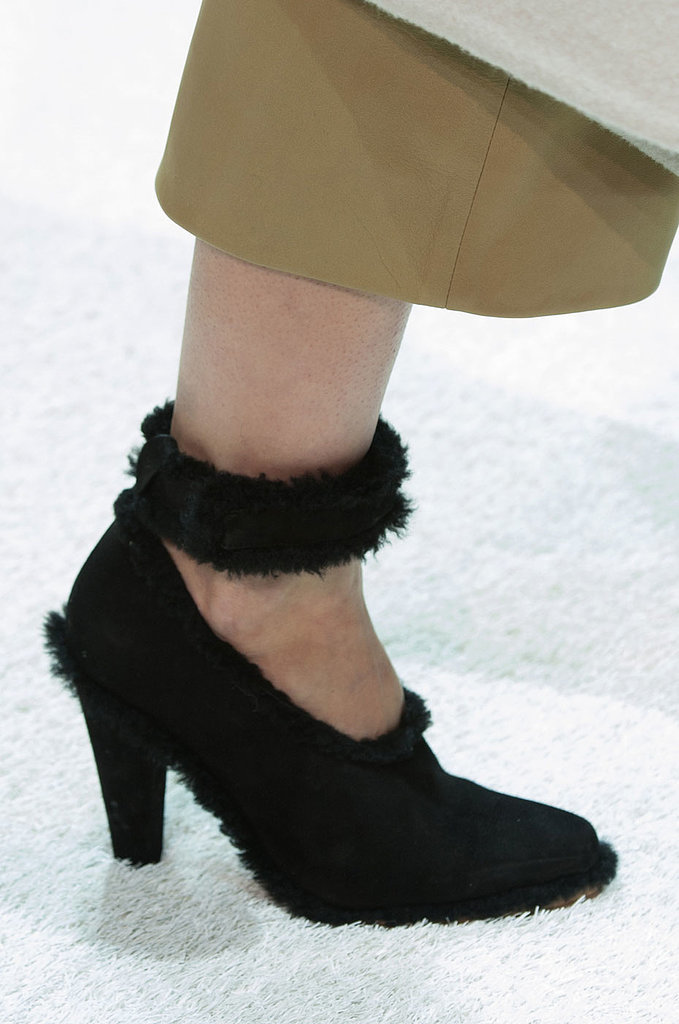 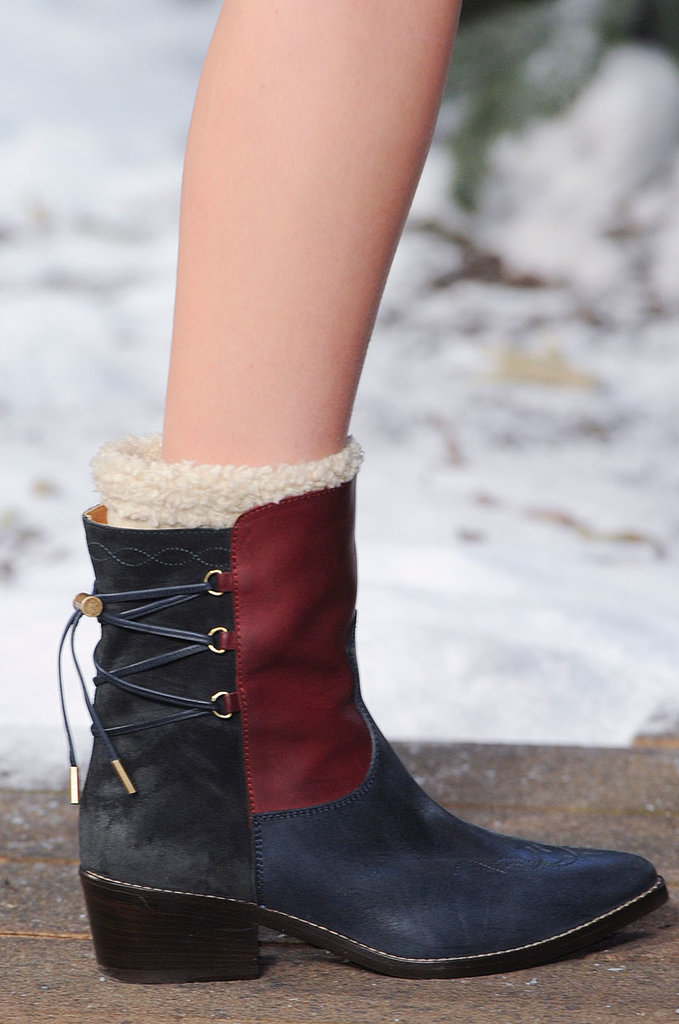 Cozy sandals of Zero Maria Cornejo patched with shear on the front and foot bed. 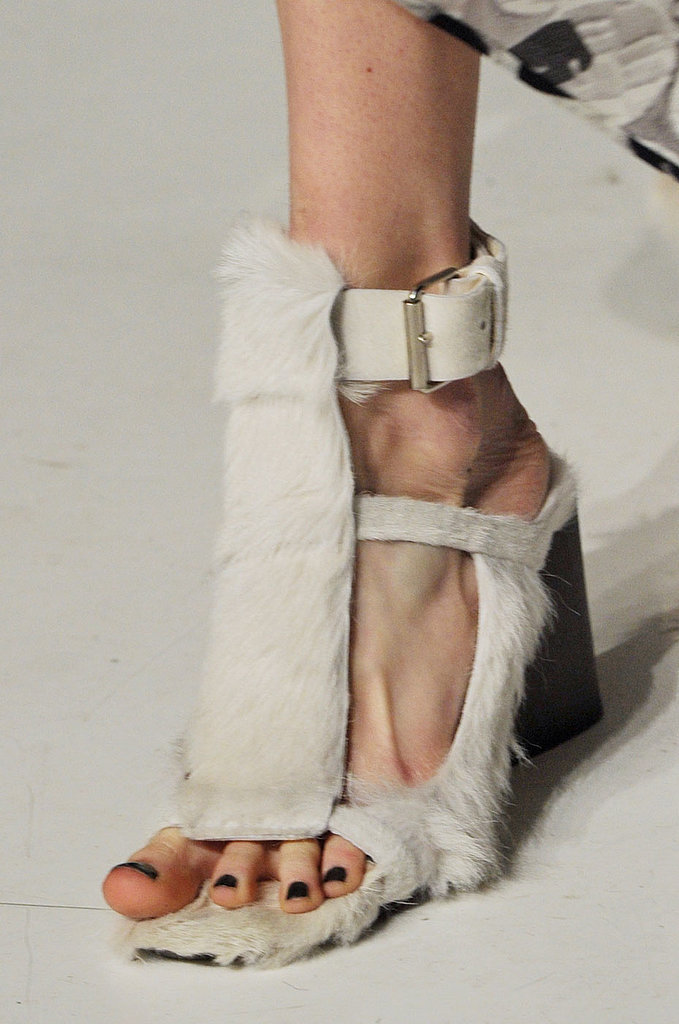