The shoes of Theresa May, the new Prime Minister of UK, has been a long time focus of press since 2002 when she stepped out in a pair of leopard print kitten heel pumps at the Tory party conference.

Among plain and dull of formal suits or shoes that most middle-aged woman in politics would wear, the hint of fashion sense as demonstrated by Theresa May suddenly caught all the media’s attention and being generously reported since then.

For an over-achiever in politics, Theresa May’s fashion closet is no less fancy than Kate Middleton but in different style. Vivienne Westwood, known for modern punk and new wave fashion, is one of her favorite fashion labels. 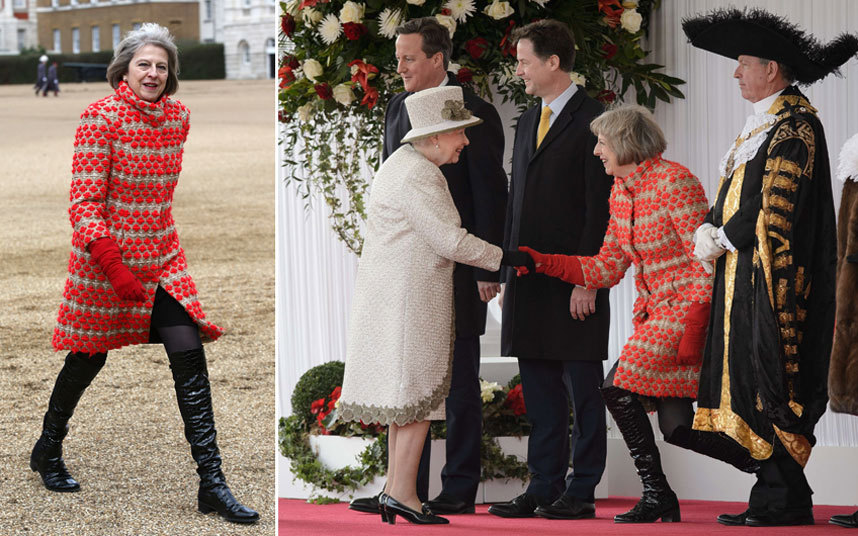 The 59-year-old Conservative, former Britain’s home secretary and now Prime Minister of the United Kingdom, has bold choices for fancy footwear which are nothing near “conservative”. 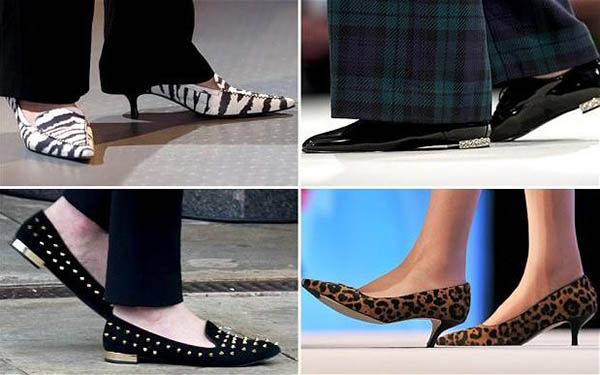 Theresa May is no doubt a fashion lover. She once told BBC that she would have a lifetime subscription of Vogue if she were a castaway. Other than the love for fashion, Theresa May also consider fashion, as a world language, is an ‘icebreaker’ in important talks as well as attracting new recruits to the often fashion-senseless world of politics. Theresa May also set a pretty good example for baby boomer fashion style. Baby boomers generation tend to get frustrated when it comes to finding something perfect to wear and get lost in a sea of rules, fashion trends and age-appropriate concerns. Dressing after a certain age can be quite challenging. Theresa May taught us that when it comes to accessories, a bolder statement-making piece is better than lots of small sentimental items. One strong piece such as a pair of fancy shoes is a very chic statement and very age appropriate. 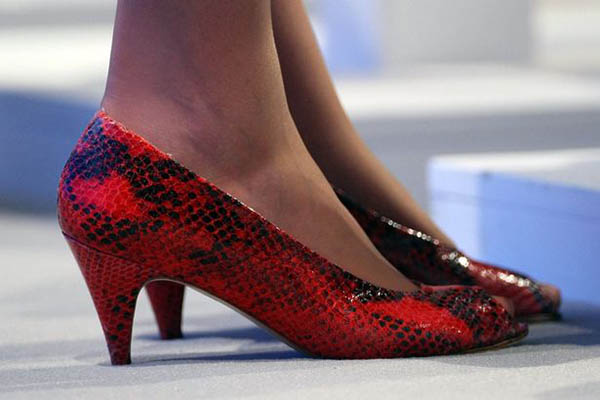 However, being portrayed as shoe addictive and even being compared to Imelda Marcos would blind the public eyes as well.

‘This is not something that defines me as either a woman or a politician, but it has come to define me in the eyes of the newspapers.” said Theresa May “Quite apart from the fact that I can never wear boring shoes now, it is frustrating that they missed the reason I was there – as the first female chairman of a major political party.”

Many including CNN have pointed out the sexism in the reports which are focusing on Theresa May’s fashion taste rather than 30 years’ experience in politics.

In the male-dominated political world, Theresa May is Britain’s second female prime minister. She is also one of the longest serving Home Secretaries in history. Next to Angela Merkel and hopefully Hillary Clinton, it is now odds-on that women will soon lead world powers Britain, the US and Germany at the same time. The dawn of a world order made by and for women is maybe coming, but we still have a very long way to go before we realize true equality.

Click through the following gallery and check out Theresa May shoe choices for the inspiration of your own closet: