Even though Halloween is still a couple of days away, Gigi Hadid seems already in the mood for costume. The supermodel was stepping out in New York City on Wednesday, wearing a NASA space suit, a uniform which has nothing to do with fashion.  But Gigi Hadid somehow managed to look stunning and super stylish in the plain blue suit for space travel. 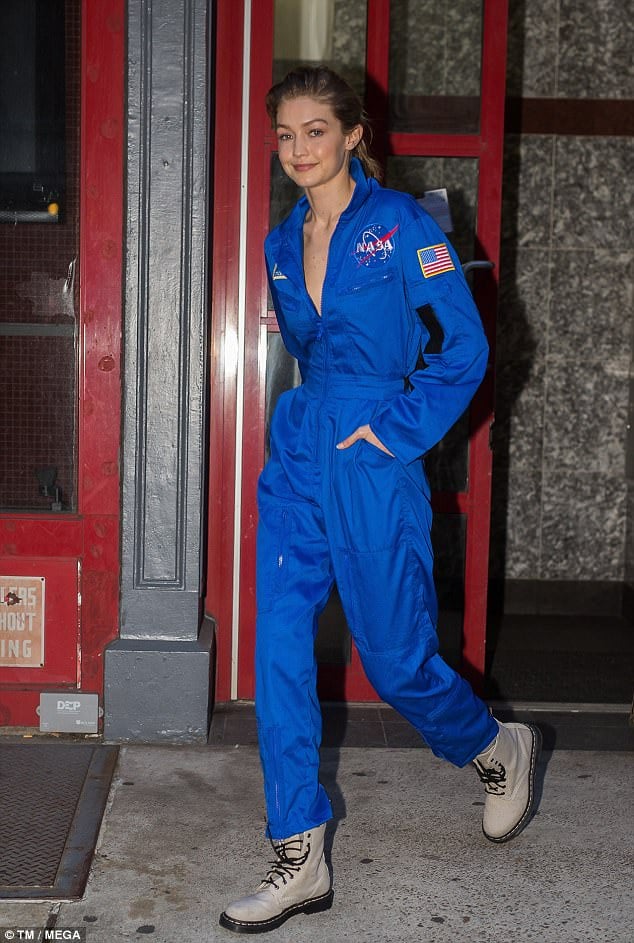 Featuring NASA logo and US flag, the cobalt blue suite is tailored like a jumpsuit with a pinched waistline and a zipper front turned into a plunging neckline. The loose fitting delivered a casual chic vibe and the zipper pockets at front added a nice touch of streetwear element. 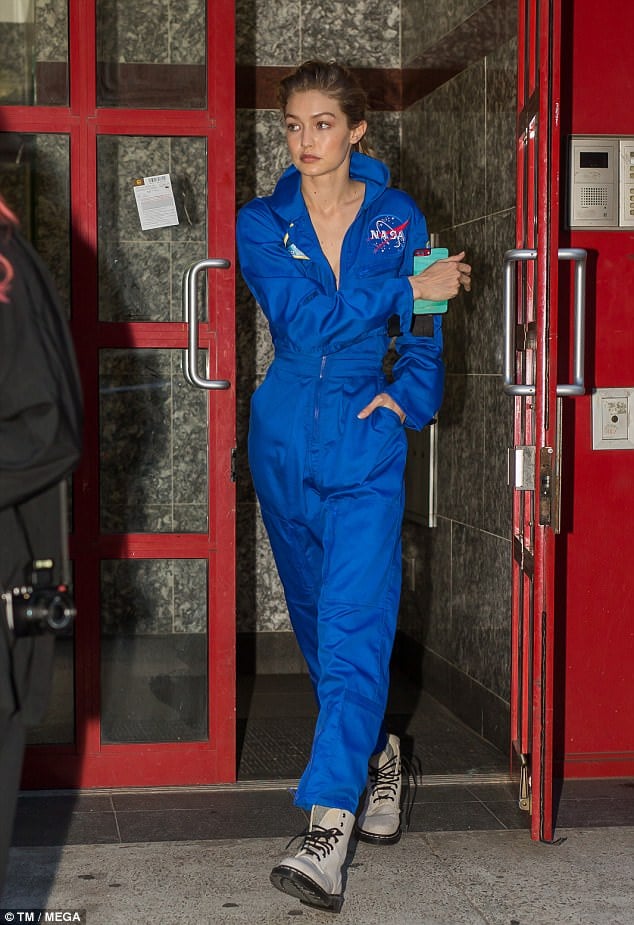 Gigi Hadid completed the eye-catching boiler suit with a pair of loosely laced up combat ankle boots in light beige. It’s another fashionable touch to glam up the total attire with a twist of edgy and grungy rebellious attitude. The color contrast of beige and blue modernized the total outfit and toned down the space suit with muted shoes.

As one of the biggest shoe trends this fall, combat boots are the cool girl’s must have. From runway to the streets, combat boots made a major comeback. Whether styled with feminine dress or rock’n’roll leather pants, combat boots made to the favorite footwear list of many celebrities including Kaia Gerber, Alessandra Ambrosio, Kendall Jenner and Hadid sisters. Gigi Hadid street style of space suit and combat boots once again proved the versatility and functionality of combat boots. If you haven’t found your own pair of combat boots yet for the coming cold weather, scroll down to check out our new arrivals. 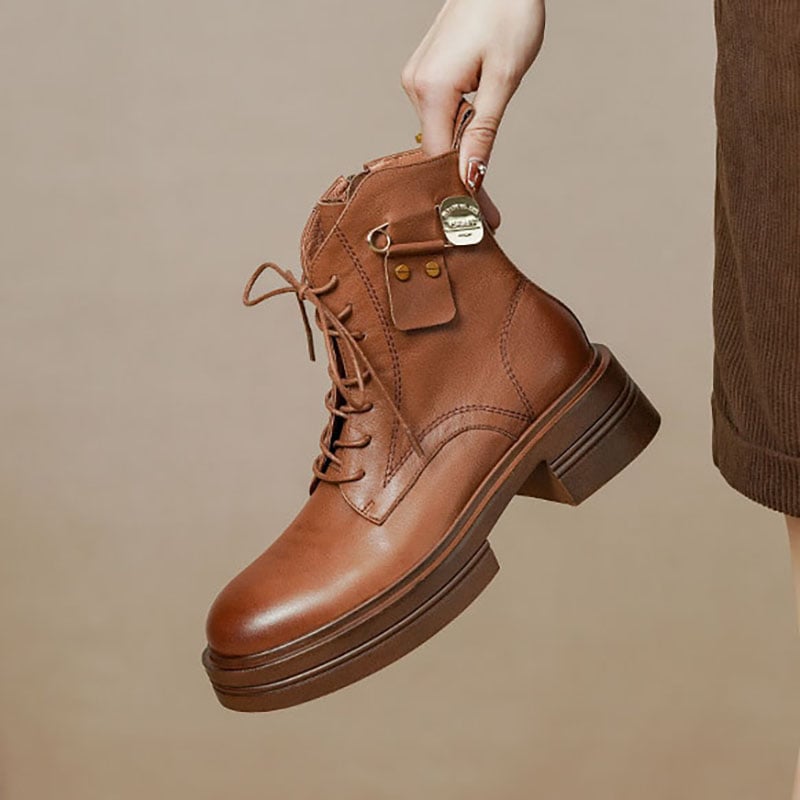 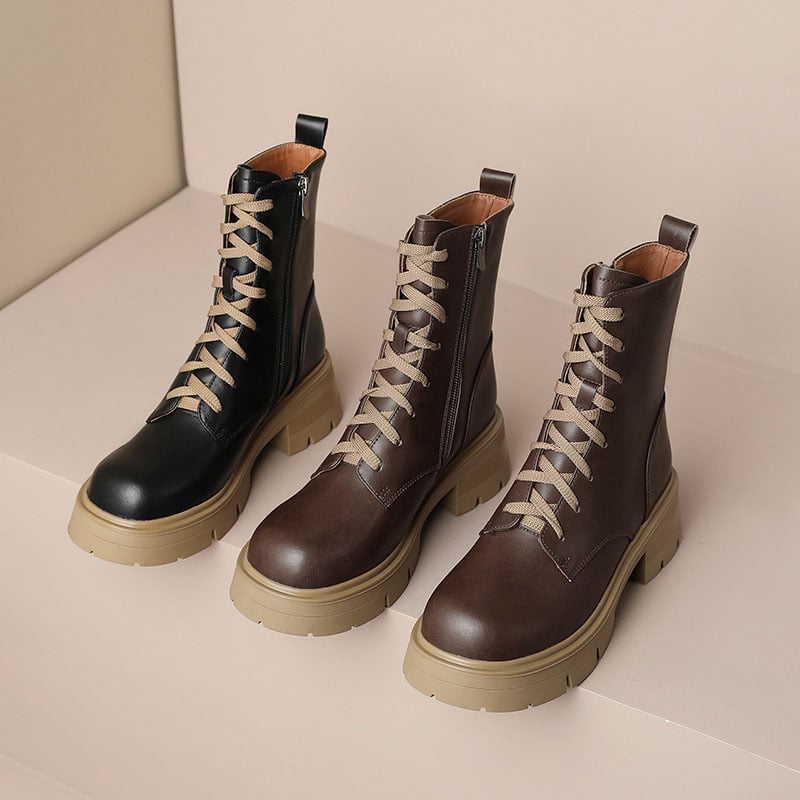 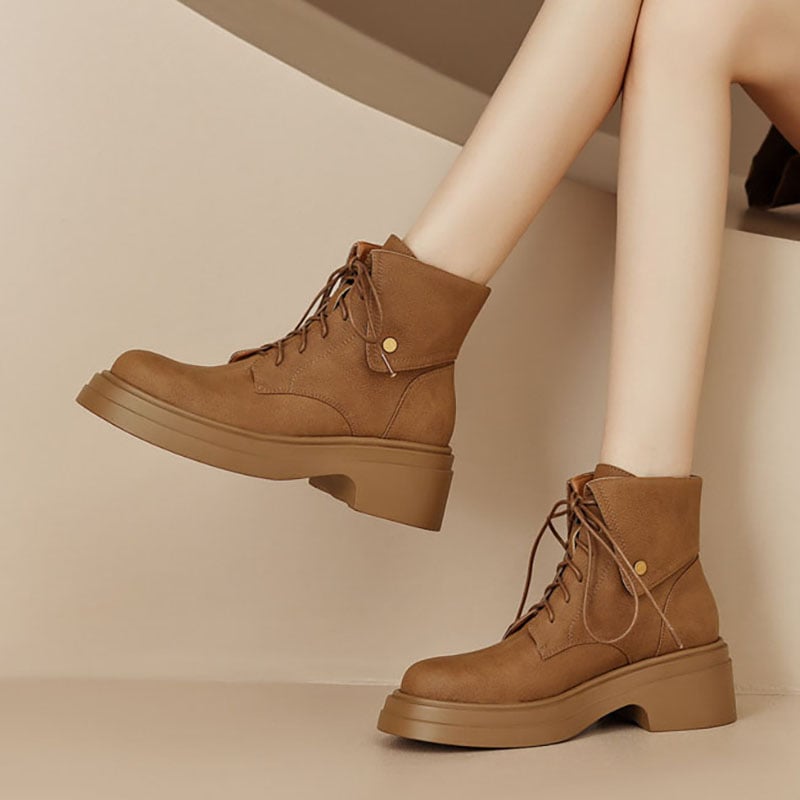 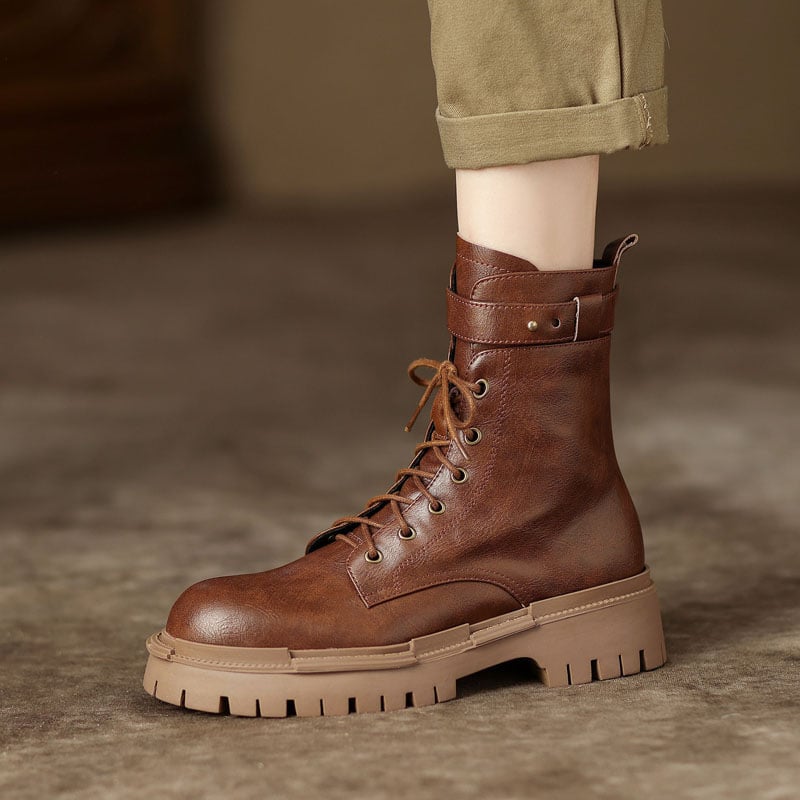