One of the biggest fashion trends for fall 2018 is words on the fabric. From logos, slogans to symbols, many designers including Off-White, Moschino and Christopher Kane used the garments as their message board and incorporated the letters on them. Whether it’s just the logo initials or a message about joy, politics or feminism, it’s obvious that fashion world has something to say and did it in its own way. The way of wearing words on the clothes to express certain statement, ideas or concept is quickly picked up by the fashion crowd and the trend setters like Hailey Baldwin already took it from runway to the streets.

Hailey Baldwin was stepping out looked totally casual chic in a light blue Gucci tee and iridescent joggers. The shimmering green blue on the pants were nicely color coordinated with the tee featuring the brands logo on the front. The model off duty completed the casual style with a pair of golden earrings and bold black sunglasses. 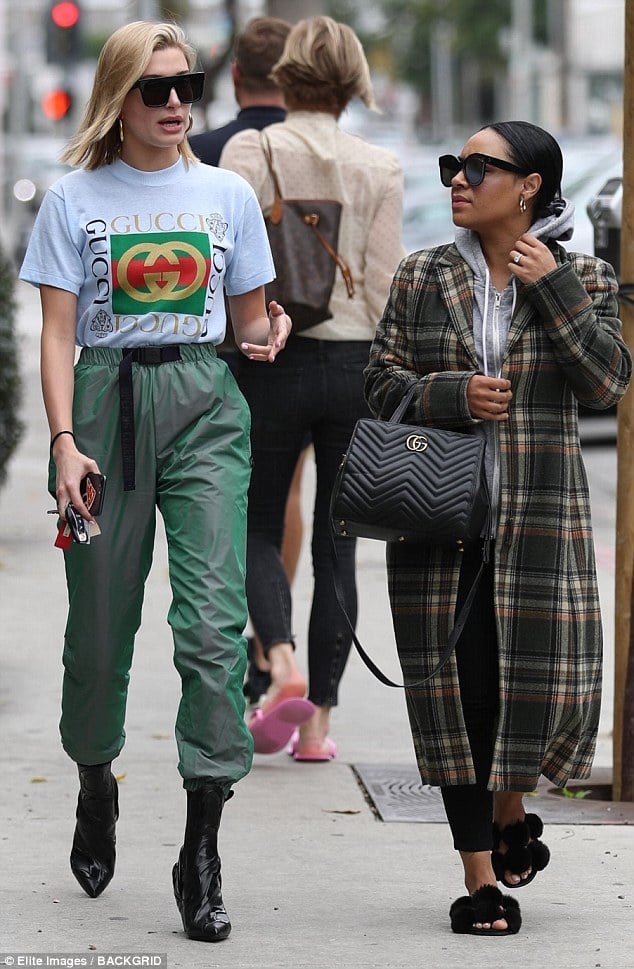 The trendy outfit was grounded with a pair of sock boots in black for a polished dressy touch. The ankle hugging silhouette looked modern and sleek. The block wedge heels are not only versatile and comfortable, but also added extra height to elongate the legs. Glossy patent patterns on the soft leather upper enhanced the look with extra glamour. The top of the shaft was designed as a curve, delivered a hint of western cowboy boots inspiration without being overwhelming. 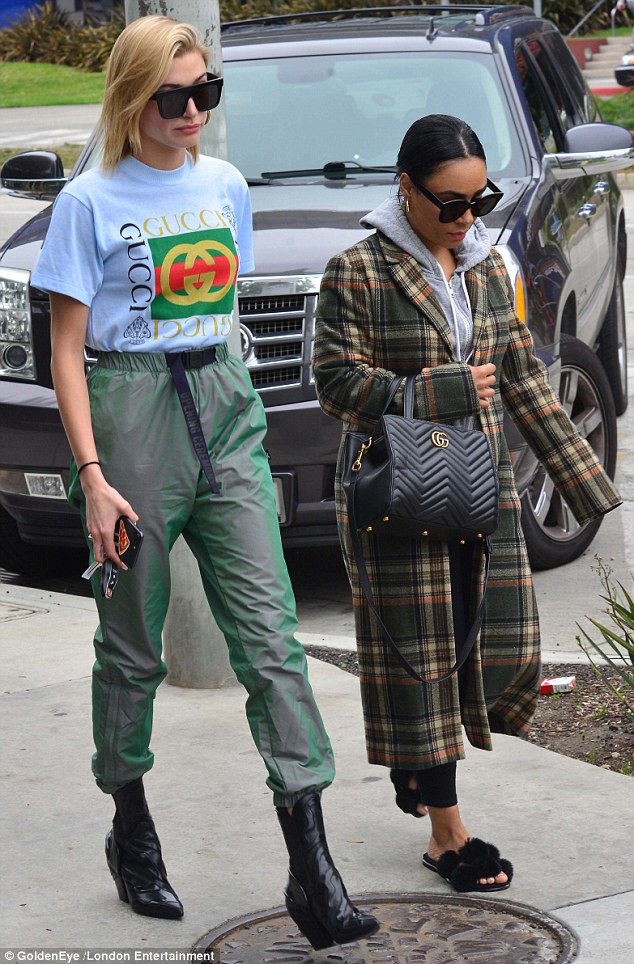 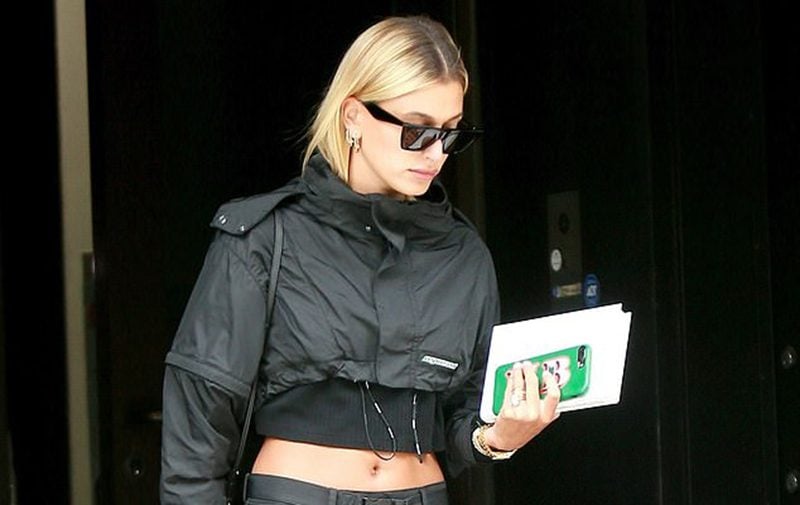 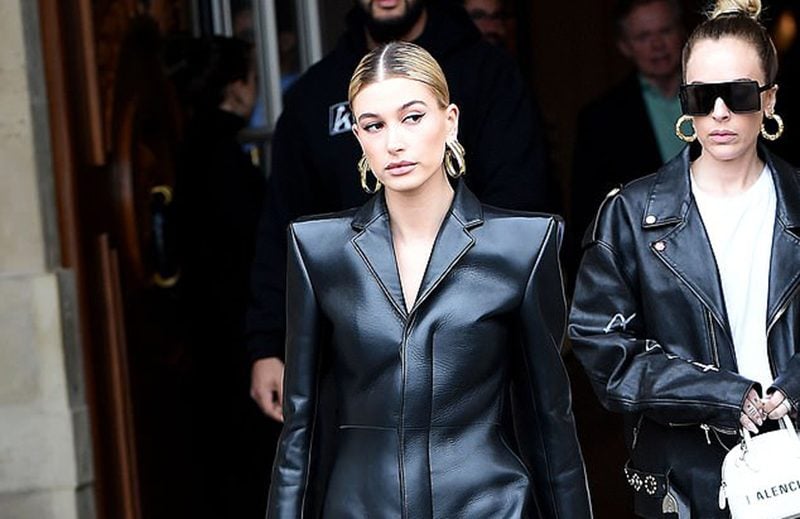 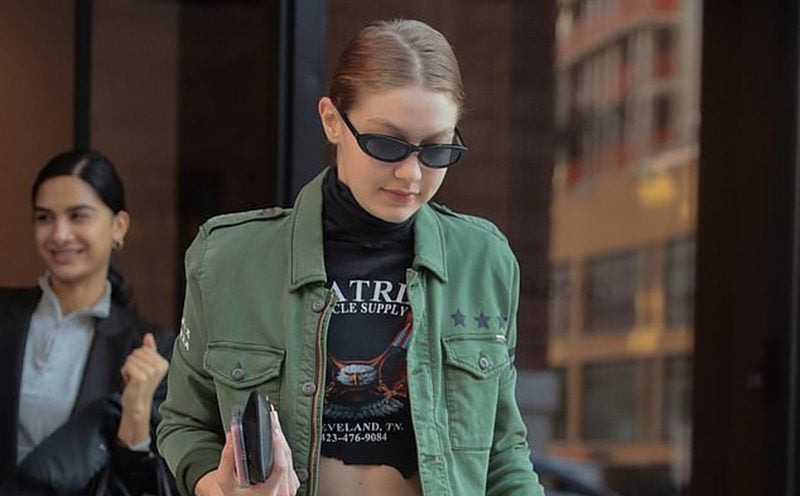 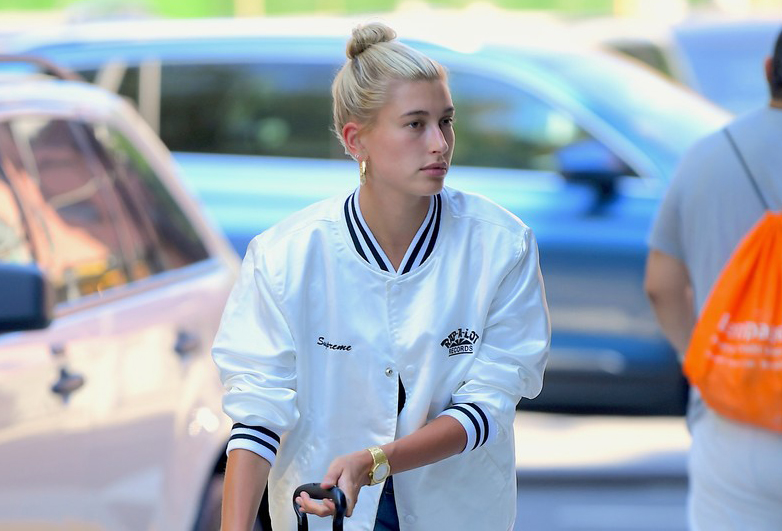 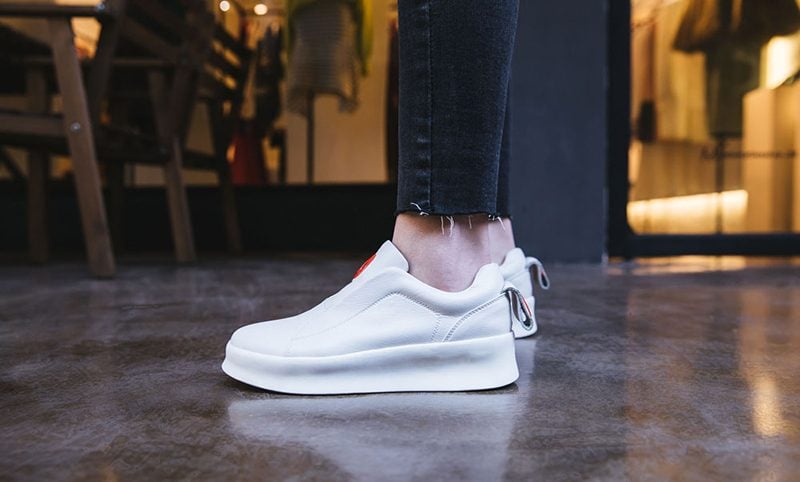 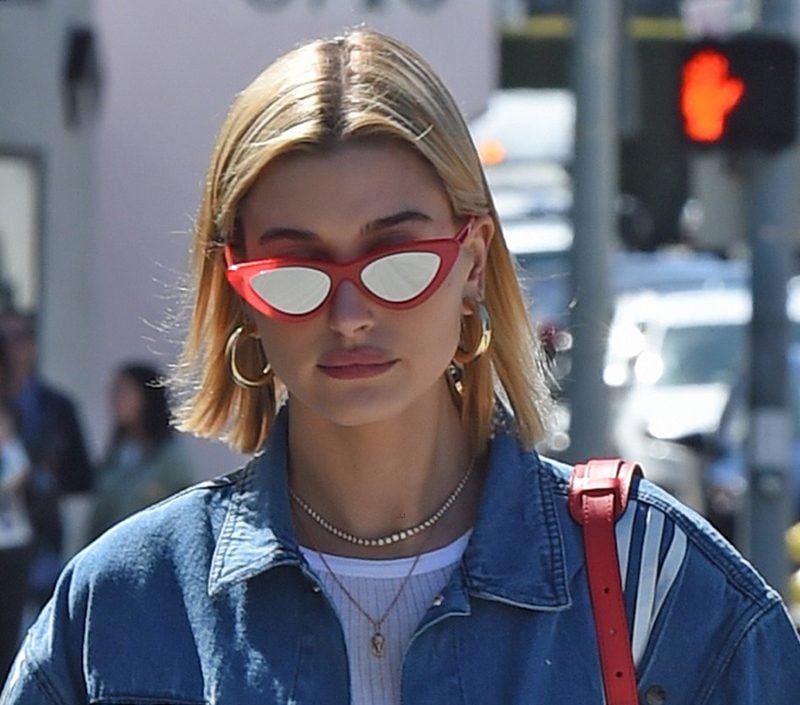